While most manufacturers are still trying to secure a steady supply chain for the Tegra 4, details of the next two installments of the Tegra series — Tegra 5 and Tegra 6 — have popped up online.

Ever since Apple showcased their 64-bit A7 chip a few weeks back, every other chipset manufacturer, right from Allwinner to Mediatek, has been keen on producing a 64-bit SoC of their own. Whether or not mobile operating systems are (or can be) optimized enough to utilize this complex architecture at its fullest doesn’t seem to bother manufacturers much, surprisingly. Like any other topic of debate, there have been extreme opinions from pundits on this agenda from around the world. 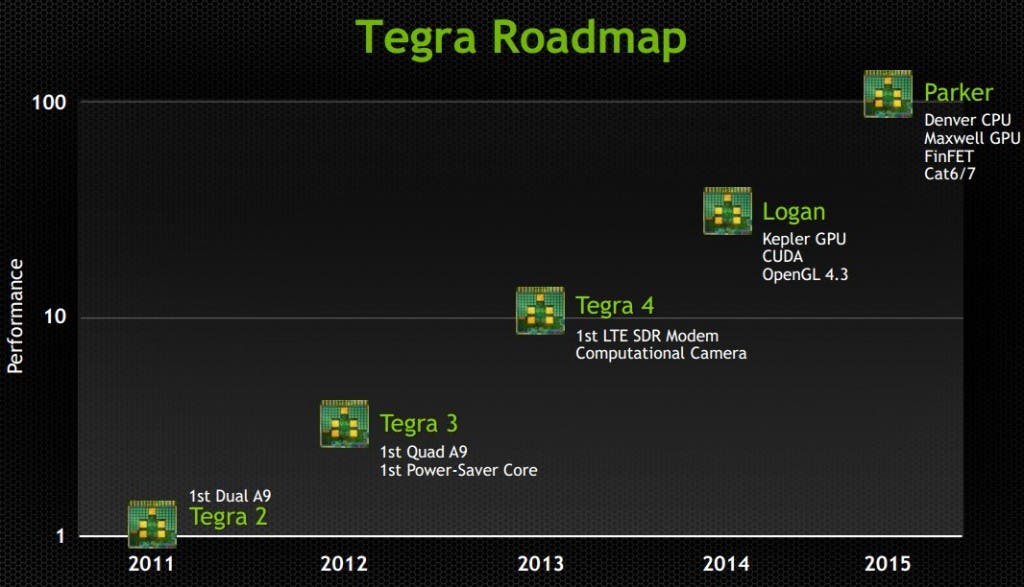 Coming back to NVIDIA, the manufacturer is said to be working on two upcoming projects, codenamed ‘Parker’ and ‘Logan’. Tegra 6 (Parker) is expected to be a custom-built 64-bit ARM chipset along with the Kepler GPU cores, seen on the Tegra 5 (Logan). You can expect to see this chipset powering Android devices starting next year. Word going around also suggests that devices running on the Tegra 6 might be able to rival consoles like the PS3 and Xbox 360, given that NVIDIA are able to implement the chipset to its maximum potential!

On the other hand, the Tegra 5 (Logan) is expected to have a Cortex A15 CPU, and a 20nm fabrication process which is expected to give a significant bump in processing as well as power management. We wonder what reaction Mediatek and Allwinner have to this development!

Previous LG Nexus 5 gets hands on treatment in a video leak!