Allwinner held a small media event yesterday where they announced their plans for the rest of this year and in to 2015.

Allwinner don’t like the idea of Mediatek hogging all of the domestic processor market and have high hopes for their new range of processors.

For 2014 two new quad-core chips will be launched the A6X based on Cortex A7 and A15 architecture with a clock speed of up to 2Ghz for tablets and the WX range for smartwatches and other wearable devices. 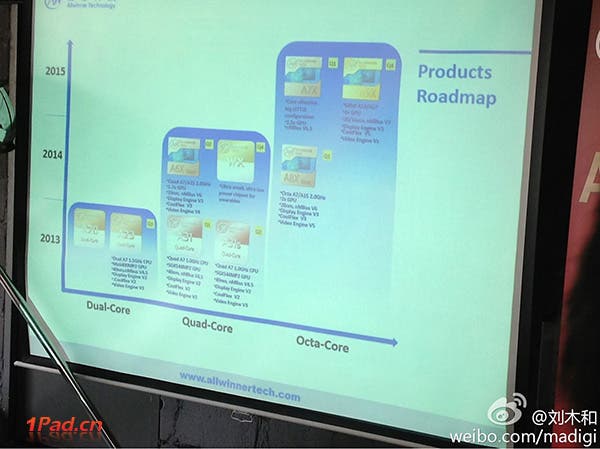 For Q4 of 2014 Allwinner will launch their 8-core chips (almost a year after Mediatek) these will be known as the A7X, A8X and A9X. The A8X is based on 4 A7 and 4 A15 cores using ARM’s big.LITTLE technology to switch between cores so boost performance and save energy. Early 2015 will see the launch of Allwinner’s first 64bit processors running A53 and A57 architecture.

Seeing some competition between Mediatek and Allwinner is going to be great, but to really push the Taiwanese company, Allwinner need to be launching this tech earlier than planned.