XOLO finally took the veils off their much-anticipated XOLO Play Tab 7.0 yesterday in India. The manufacturer was known to be working on a Tegra-based device, technology enthusiasts in the country had been awaiting this launch ever since.

The device features a 7-inch touchscreen with a resolution of 1200×800 pixels, and is powered by the NVIDIA Tegra 3 quad-core processor clocked at 1.2GHz. Featuring 1GB of RAM, the tablet packs 8GB of on-board storage along with a microSD slot. Other specifications include a 4000mAh battery and a 2 mega-pixel front camera, with no shooter at the rear. The device does not have support for 3G, and will run on Android v4.1 out of the box. 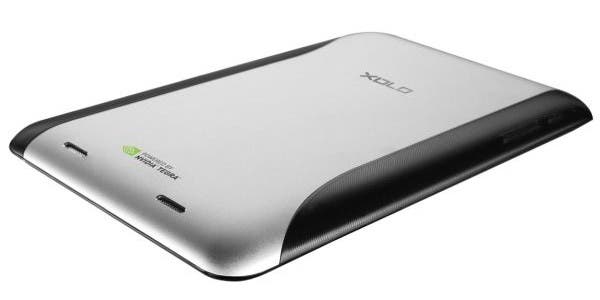 The XOLO Play Tab 7.0 can be bought from online retailers like Flipkart for a price of 12,999 INR ($213), however, the device seems to be out of stock at the moment. It will be interesting to see if XOLO manages to grab a market share currently being eyed by Google’s Nexus 7 which sells for a few thousand rupees less!

Next LG Nexus 5 gets hands on treatment in a video leak!