Meidatek have a number of new processors ready to take the Chinese phone industry by storm and one mystery SoC is already in testing as seen here in leaked Antutu results.

According to these Antutu screen shots this mystery Mediatek chipset is running at around 1.7Ghz and boasts an updated Mali-450 GPU. The Mali-450 is built around 4onm technology and can run at a speed of 480Mhz. Also, from the screen shots we can see the phone this processor is running in sees the chip as a quad-core unit, however sources believe it could actually be an 8-core MT6592 chipset. 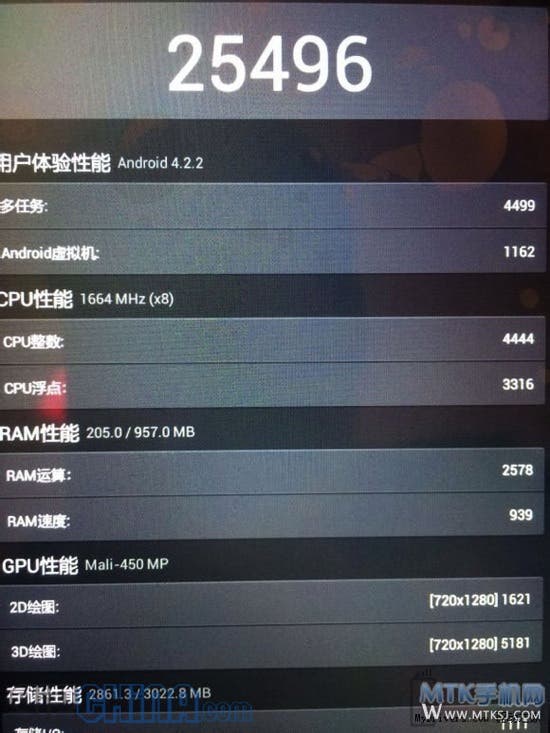 So what are the Antutu scores from this mystery chip and phone? As you can see benchmarks are not bad at all with a result of 25,496 points! That is for a phone with 1GB RAM, 720p display and Android 4.2.2, but we can expect something similar for 1080 phones with 2GB RAM!

So what is this mystery chip? And what about the mystery phone with those amazing benchmarks?

Next Xiaomi Hongmi and Xiaomi M2S available from this Friday