Vivo have gone on the record, via Weibo, to tell fans that the next generation Vivo Xplay will be named the Vivo Xplay 3S.

Rumours are coming in that Vivo are working on a successor to the already very good Vivo Xplay. Many believed that the new phone would be simply called the Vivo Xplay 2, however according to their official Weibo account this is not the case. 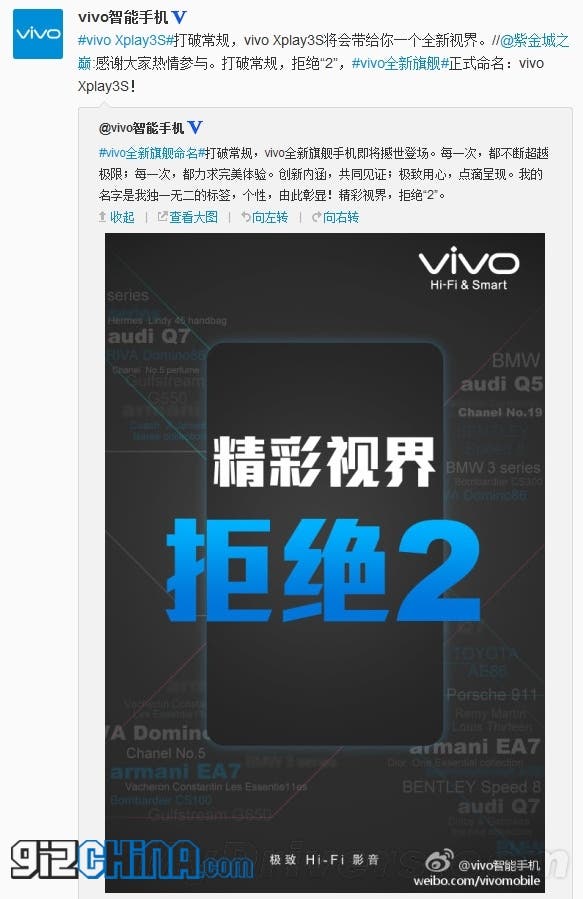 Vivo have told followers that the new flagship Vivo phone will include so many new updates and features that they are skipping a number and naming the new phone the Vivo Xplay 3S! Detailed hardware specifications have not been announced, but Vivo suggest that the Xplay 3S will be the ‘King of all phones’ when released!