Apple’s colourful iPhone 5C smartphone isn’t receiving as much love as first hoped, and with great Android running iPhone 5C clones like this to choose from it is little surprise.

Apple took things up a (quarter) of a notch this year a the annual iPhone event and launched 2 iPhone models, a flagship iPhone 5S and plastic bodied iPhone 5C. The iPhone 5C was meant to be the budget iPhone we had been waiting for, but with high pricing (especially in China) and competition from higher spec’d and better priced alternatives, iPhone 5C sales haven’t took off like we expected.

That’s not even including the attractive iPhone 5C clones from China, some of which costs as little as $120 off contract and boast similar levels of hardware!

Which are the best iPhone 5C clones currently on offer is the difficult question, so we have put together this list of 4 of the best!

GooPhone are THE iPhone clone specialists! Ever since the iPhone 4 launched and made such a huge impact there has been a GooPhone equivalent lurking in the shadows! GooPhone have even managed to beat Apple to market with new designs, the GooPhone i5C being one such example that was available to buy before the real thing! 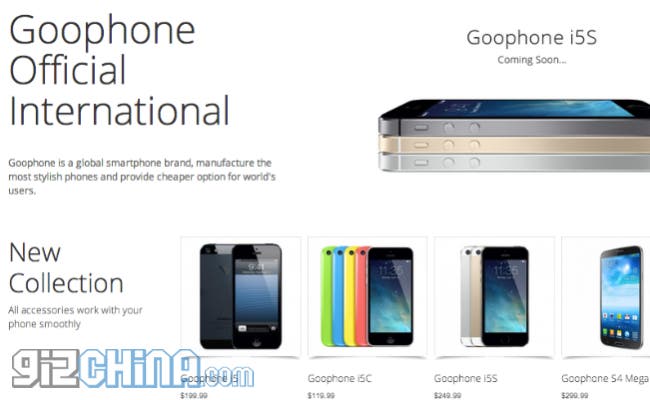 No.1 are another Chinese phone maker known for producing knock off versions of popular Apple and Samsung products, the 5c is their iPhone 5C clone and looks every bit as realistic as the other phones on this list. 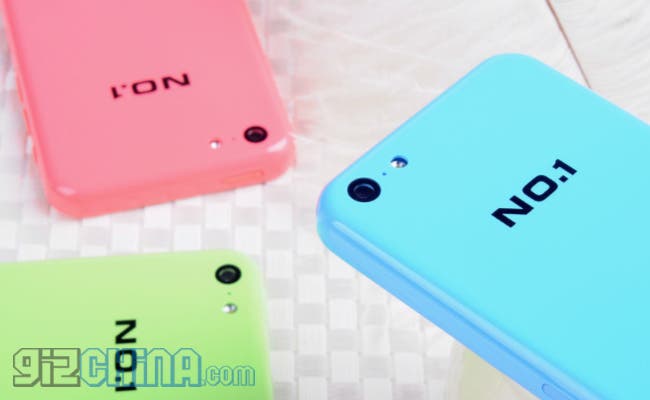 What makes the No.1 version standout from the GooPhone is 1GB RAM, an 8 mega-pixel rear camera, and 1280 x 720 4-inch display! There is no international dealer for the N0.1 5c yet, but the company do have an official English specification page so a launch can’t be far off!

Like the GooPhone i5C the CooPhone will be easily available outside of China and will come with a low price tag, however the specification is also and features a 4-inch display with 480 x 854 resolution, 512mb RAM, Mediatek MT6572 chipset, but does offer Android 4.2 Jelly Bean and 16GB of built-in memory. 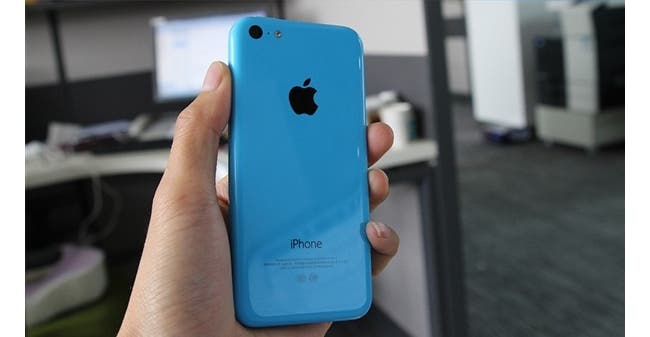 These lower hardware specs should assure a retail price of less than $100 once made available!

Xiaocai might be known for their X9 quad-core phone, and their own CaiOS, but they are also getting in to the clone game for some added fame. 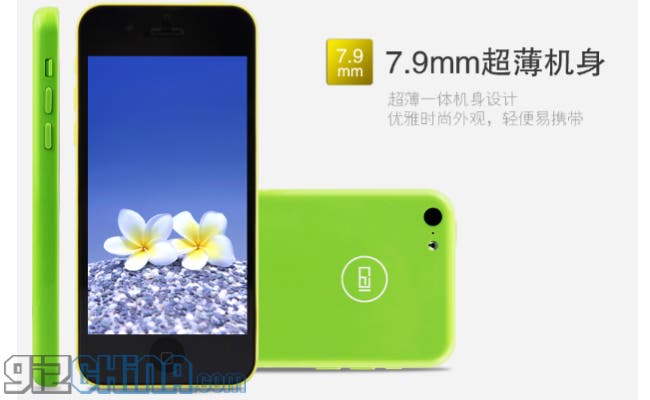 The Xiaocai C18 takes the original iPhone 5C design and makes a couple of changes, the major one being that the colourful plastic body on the C18 measures 7.9mm thick rather than 8.97mm on the Apple phone. Like the CooPhone it uses a dual-core 1.3Ghz MT6572 chipset, 4-inch 854 x 480 display, but the rear camera is just 2MP.

The C18 is officially only available on sale in China and costs 699 Yuan which is around $114.

Have any of our readers bought one of these iPhone 5C clones? What do you think of them? Keep posted for a full review on the GooPhone i5C coming soon.

Next Shanghai Couple sell baby for iPhone and luxury goods