While Apple busied themselves across the street with the launch of their new iPad’s, Xiaomi’s Hugo Barra and Lei Jun went on stage to talk about the companies international ambitions at the Global Mobile Conference.

It has taken Xiaomi just 3 years to become a profitable company, the start-up is now valued at $10 Billion and the recent hire of ex-Google employee Hugo Barra has sparked rumours that an international launch is just around the corner.

Speaking at the Global Mobile Internet Conference though, both Barra and Co-founder Lei Jun admitted that they hadn’t decided which market Xiaomi would enter next, and hinted that they would need a market with mature E-commerce and social media infrastructures. The U.S is certainly one possibility but Jun commented that:

Of course the US is a market we’re extremely excited about. But unit we make ample preparations, we won’t be entering the US market.

So while the US is definitely on the cards it appears we still have some time to wait before Xiaomi make the leap.

Not the Chinese Apple

While on stage the Xiaomi duo also took time to clarify that the company is actually nothing like Apple and more a kin to Amazon. Where as Apple has a closed and secrecy development style Xiaomi are more open to user input and suggestions:

suggestion gets picked up by a product manager within hours. Within a few hours it can be at an engineer’s desk.” If they think it’s a good idea, the suggestion can go in the next weekly build. “A number of unique features we’ve built are user suggestions. Things that came out of someone’s head rather than product mangers.

Jun continued that Apple’s and Xiaomi’s goals are very different and that Xiaomi aim to sell their products at near cost price and use their device such as the Xiaomi Mi3 and MiTV to sell their MIUI and software. 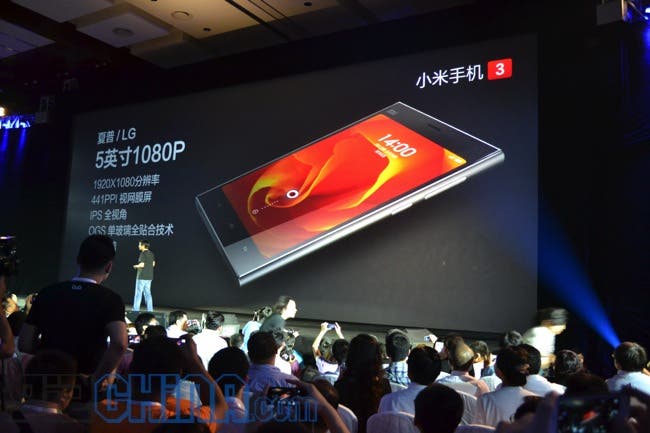 Another interesting point made on stage is that Xiaomi are committed to keeping their devices 100% compatible with Google’s Android operating system which Xiaomi’s MIUI is based upon. This counters claims from Chinese sources that Xiaomi are currently developing their own rival MIOS for next generation devices.

Previous JiaYu G5: high-quality at a great price or just too expensive for a JiaYu phone?