Hot on the heals of the Carpad T6 comes the OrientPhone P6+ sporting the same Huawei Ascend P6 body but with larger high resolution display, NFC and more.

Just looking at these photos of the OrientPhone P6+, it is plain to us that the designers were obviously smitten with the Huawei Ascend P6 when started to sketch out the OrientPhone, but rather than just making a 1:1 replica made the wise decision to add some important updates to the design.

The biggest change (no pun intended) is the larger 6-inch OGS display with a FHD 1920 x 1080 resolution, considerably more than Huawei’s phone. Another change to the exterior is the addition of a button located in the lower righthand corner allowing you to easily record phone calls (such the need arises).

Hands on Video of the OrientPhone P6+

Other nice features include a removable battery, dual-SIM, Micro SD and a nifty integrated one handed operation mode which adjusts the position of certain apps and the lock screen to one side of the screen depending on which hand you use. 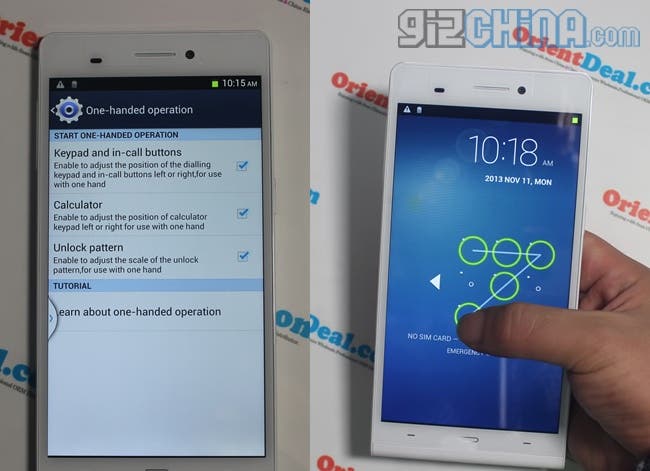 Next Vivo Xplay 3S to get 3GB RAM!