This year’s Lenovo K900, an Intel Atom powered 5.5-inch 1080 phone, showed the world that Lenovo is serious about competing with the likes of HTC, Samsung and others in the smartphone market. The K900 was a great device, but we have a feeling that the PC maker is going to have more success with the recently unveiled Lenovo K910, aka the Vibe Z!

We had seen rumours about the Lenovo Vibe Z in the past and unsurprisingly most of the details have in fact been accurate. The biggest change for the Vibe Z is that Lenovo have changed from Intel to Qualcomm’s Snapdragon 800 2.2Ghz processor which should prove to be more powerful (and hopefully offer some developer support), 4GLTE and dual SIM support! 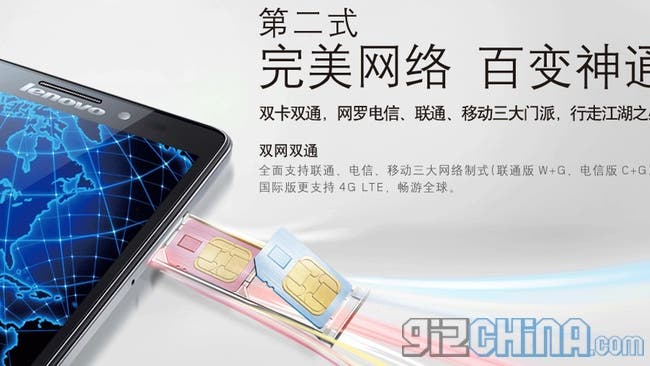 Other details include 2GB RAM, 5.5-inch 1080 display, 13 mega-pixel Sony IM135 sensor, dual LED flash, and a claimed 278.5 hours of standby. The styling of the Vibe Z is similar to the Mediatek powered Vide X and measures in at 7.9mm thick.