Zopo have posted another teaser image on their Official Facebook Page hinting at their next generation phones! Could Zopo be planning to launch the world’s first 8-core MT6592 phone?

Anyone who is following news of Mediatek’s 8-core MT6592 processors will already know that Mediatek will be holding a press conference on 20th November in Shenzhen, but that’s just the processor launch we are going to have to wait months for phones to be announced aren’t we? Well no! If rumours are true Zopo could have the worlds first 8-core MT6592 launch party just a day later! 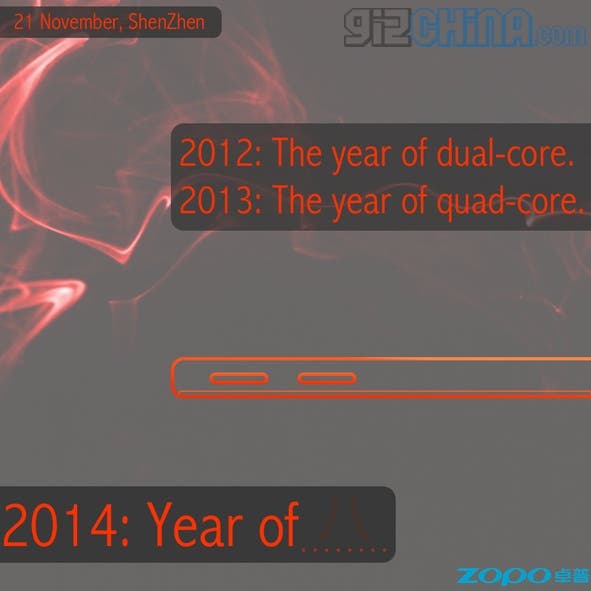 The teaser above taken from the official Zopo Facebook page notes the number of cores Chinese phones have used in past years and asks:

This would suggest that Zopo have at least one 8-core phone ready for a launch in just a few weeks! We’ll keep an eye on the Zopo Facebook page for more teaser images.

Previous Carpad's T6S is a visually stunning phablet with an uber thin body and a removable battery!