The 20th of November 2013 is fast turning into a day no Chinese tech enthusiast can miss! Latest news is that manufacturing biggie Gionee would be giving a go-ahead to their new sub-brand on the same day!

Gionee, best known for their OEM manufacture, are growing from strength to strength and are on the verge of being a household name in a large part of Asia. In a recent development, it has been learnt that the company would be holding a press event (invitations for which have already been sent out) on the 20th of November to unveil their new sub-brand called ‘IUNI’. According to reports, the sub-brand’s operations will be completely independent, and they already have a staff of about 100 people. 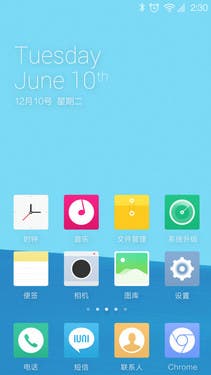 Like most other manufacturers, IUNI will have their own overlay atop Android on their devices, called the IUNI OS. That’s about all we have at the moment, more to come after the launch!

Next Meizu to launch Mediatek powered phone by next year?