With just over a day to go before Zopo launch their new 8-core flagship phone, images of the device appear on the official Zopo website, with a chance to win the new phone!

Zopo have been rather coy about releasing official details of their new octa-core smartphone, releasing just teasers and launch details rather then firm specifications. However, it looks like the excitement has gotten to them too, as renders of what could be the 8-core Zopo phone have been posted on the companies official websites and Facebook page!

Zopo’s Chinese and International sites as well as their official Facebook page have posted images of a mystery new black smartphone with details pointing to their MT6592 powered phone scheduled for launch on 21st November! 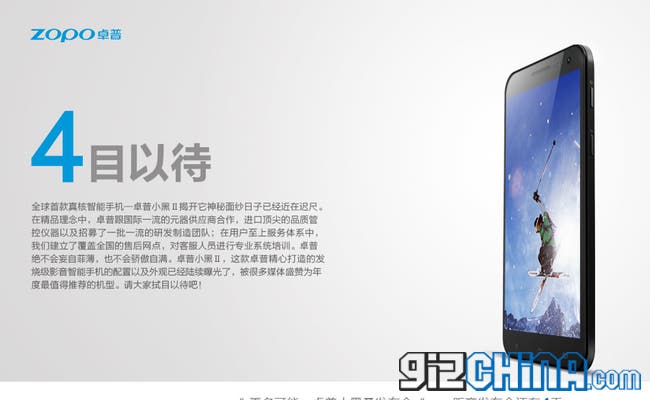 From the images we can see that is resembles the current Zopo ZP980 (C2), but may be slightly thinner. We have also heard rumours that the phone might feature a 5.5-inch 1080 display, 2GB RAM, 13 mega-pixel rear camera and all new Zopo Android ROM. We are already in Shenzhen and will be at the Zopo launch event so keep posted! 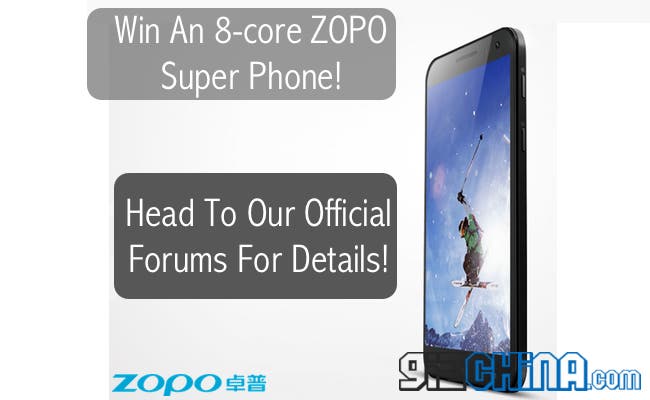 In addition to posting photos the Zopo Facebook page is promoting a chance to win the new Zopo MT6592 phone by posting reviews on the Zopo Forum.

Next OPPO to begin operations in India soon!