The Nubia Z5S and the Z5S, are refreshed and more powerful iterations of their base models, and were launched earlier this week. Here’s a look at how the two fare on the benchmarking department: 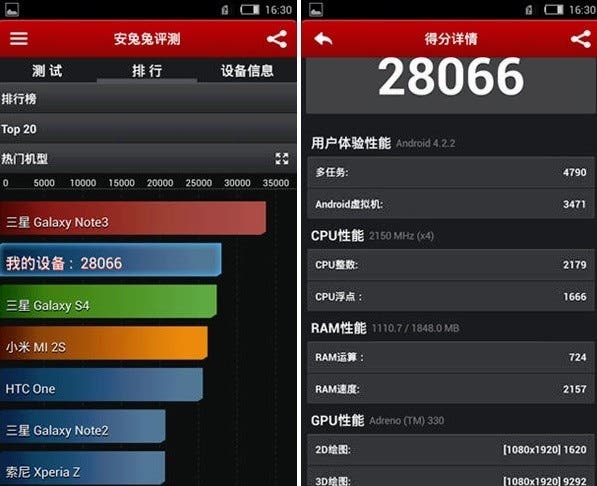 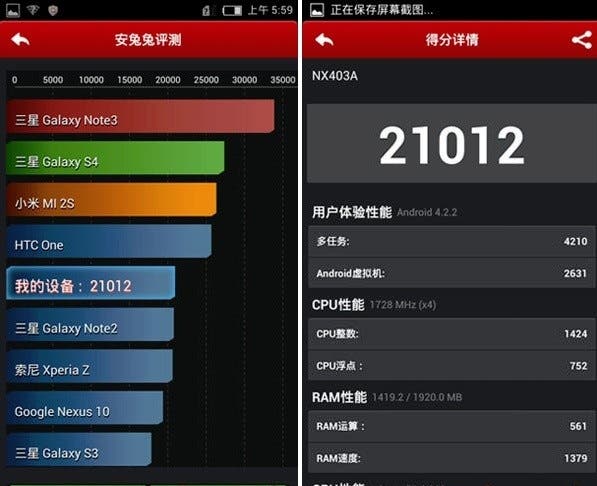 While the Z5S packs the quad core Snapdragon 800 clocked at 2.3GHz, Z5S Mini gets the Snapdragon 600 which again is a quad core, but operates at 1.7GHz per core. What is disappointing is that both devices score lesser than their counterparts that are powered by the same processor, which is something we hope will be rectified with future updates from ZTE. While Samsung’s Galaxy Note 3 scores a hefty 5000 points more than the 28,066 of Nubia Z5S, the Z5S Mini at 21012 points falls short of quite a few other Snapdragon 600 powered devices like the Xiaomi Mi2S.

Previous 8-core A15 Allwinner A80 Octa could be a Snadpragon 800 slayer!