Known to many of us as the Huawei Glory 4, the new Huawei G750 has gone in front of the lens once again leaking more valuable secrets.

We have already learned that the the Huawei G750 will run an 8-core Mediatek MT6592 chipset with a 720p display, so what else have these leaked images revealed? Well we can see from the images the phone will come with a removable battery, dts sound support, and dual-sim standby for both TD-SCDMA and WCDMA 3G networks! 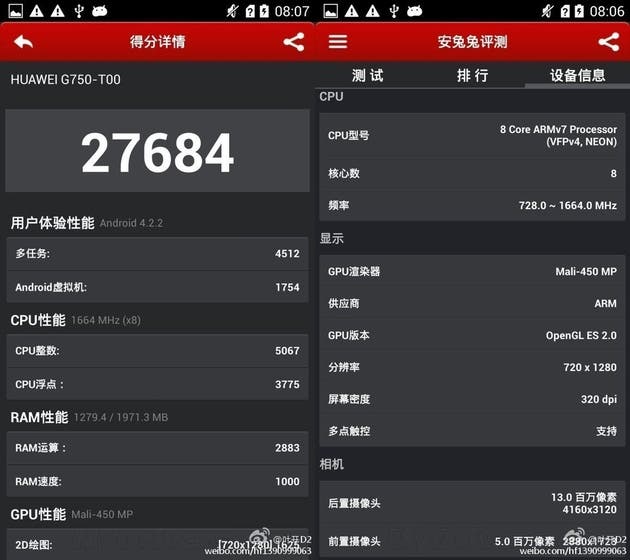 Huawei are known for leaking their devices well before an actual launch so we won’t hold our breath for a Honor 4 launch this side of Christmas.