Onda have made some quite attractive mini Android tablets over the past few months, but their latest offering is a 9.7-inch device similar in design to the recently launched Apple iPad Air.

The Onda V975M has some attractive features including a quad-core processor, 2GB RAM, 8-core GPU and narrow 8.3mm body, but by far the most impressive feature is a the 9.7-inch display. Rather than skimping on the display the Onda V975M goes all out and features a Retina panel with a resolution of 2048 x 1536! 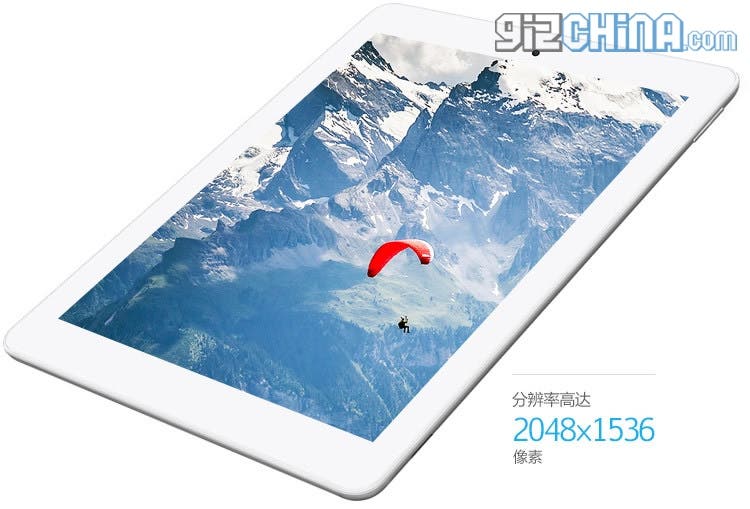 The design of the V975M is as attractive as it’s previous 7.9-inch models and features 11.8mm bevels for easy grip and a narrow body measuring 8.3mm. Other features include 5 mega-pixel rear camera and customised Android 4.2.2 operating system which has been fully optimised for the quad-core CPU allowing the tablet to score over 30,000 points in Antutu! 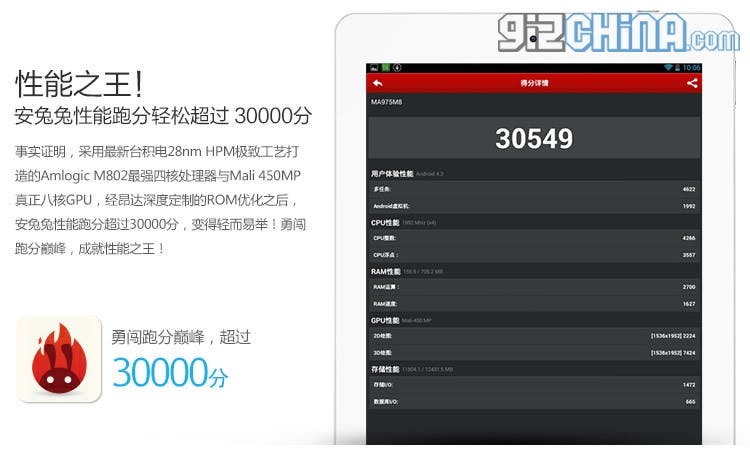 The Onda V975M is on sale in China now for just 999 Yuan, international resellers are sure to pick it up soon!