It has just been one month since the official unveil of the octa-core MT6592, and rumours of an upcoming LTE-enabled 8 core chipset are already rife.

The upcoming chipset, reportedly dubbed MT6595, will carry the 8 core functionality of a MT6592, with an added on-board modem for 4G LTE. What’s more, the MT6595 might come with support for TD-LTE, FDD-LTE, WCDMA as well as TD-SCDMA, thereby avoiding a lot of confusion that is prevalent at the moment. According to Taiwanese outlets, this 4G enabled chipset might see a release as early as this month! 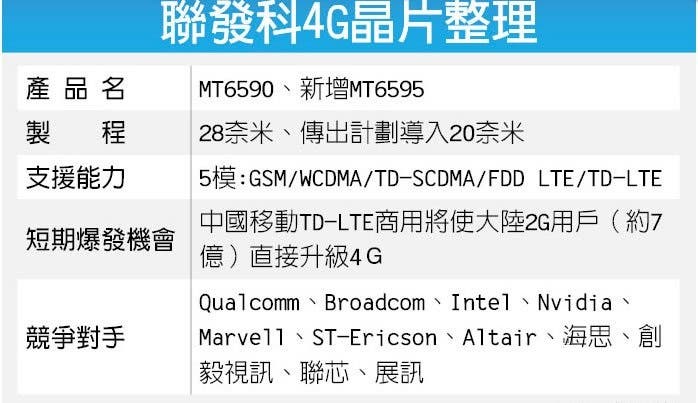 News of another chipset in the works, the MT6590, has been going around. With not a lot known about the MT6590, it is being said that the chipset might feature a 20nm manufacturing process, bettering the 28nm process used in the MT6592. We’ll keep you updated on this, so stay tuned.