Today saw the release of Sharp’s eye-pleasing Aquos mini SHL24 smartphone, which not only boasts the smallest 4.5-inch 1080p display, but super-thin bezels as well.

Understanding the need of the hour, Sharp have shown great intent and seem to have delivered. While there are hordes of powerful large screen phones, not many companies have shown interest in outing equally powerful mini versions. The Sharp Aquos mini SHL24 does exactly that and comes with a 2.2GHz quad-core Snapdragon 800 which sits beneath the aforementioned 4.5-inch 1080p IGZO panel. To complete the package, there’s 2GB RAM along with expandable 16GB of on-board ROM that’s thrown in, accompanied by a 13 mega-pixel f/1.9 camera that does look attractive, at least on paper. 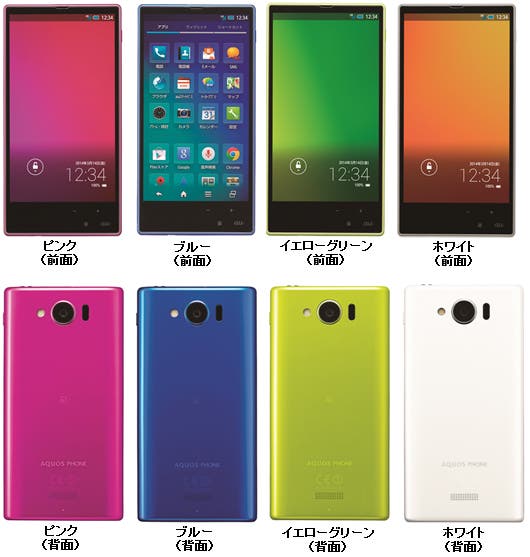 Another interesting ploy Sharp have employed is what they call ‘EDGEST design’, referring to the super-thin bezels on the right, left and top of the device. Much like the device it will directly compete with, the Sony Xperia Z1 Compact, the Sharp Aquos mini features a waterproof body. The device is heading to Japan’s KDDI networks and will be available starting March this year, in an array of colours including Pink, Blue, White, Green and Yellow.

Previous Motorola CEO admits a $50 smartphone is in the works