Gionee execs leak the mysterious GioneeElife ES Slim will launch before the end of the month to take on similar slim phones from Vivo and others.

Hot off the release of the flagship Gionee Elife E7 and the Elife E7 mini launch, execs at Gionee have now leaked that another new Android smartphone is scheduled to launch before the end of the month. 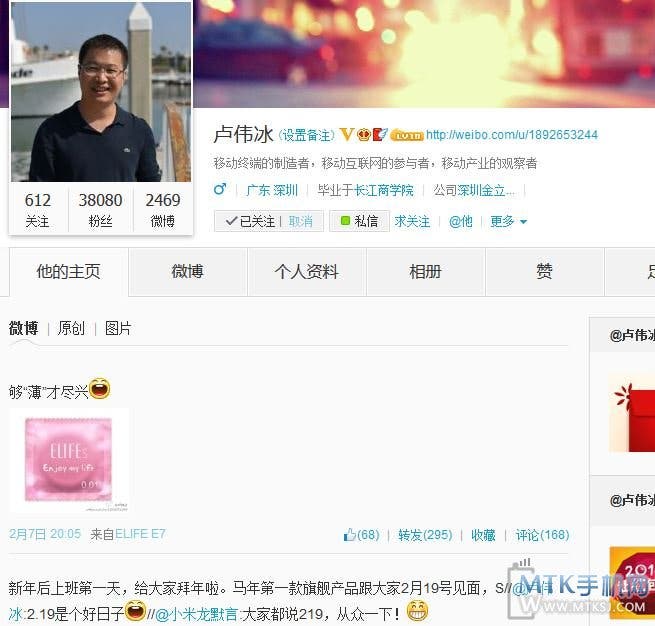 The mystery new handset could be called the Gionee Elife ES Slim, and might be an octacore rival to such slim phones as the Vivo X3S. At the moment the only details we know are accurate are that the 19th February is the launch date and that Gionee are using a pink condom wrapper to promote the phone(?).

Previous Game Over Flappy Bird! Developer says he will remove the game from the app store

Next Sugar launch a Gold Swarovski encrusted smartphone for Valentines