Once again the HTC One 2, aka M8, has been spotted in leaked photos, this time hands on showing the front and rear of the unreleased device.

Starting with the rear again, as this is the most unusual aspect of the HTC One 2, we can see that the purported flagship HTC device once again appears to have dual rear cameras along with dual LED flash. These dual cameras are believed to create a type of Lytro camera effect allowing users to take photos first and refocus them after. 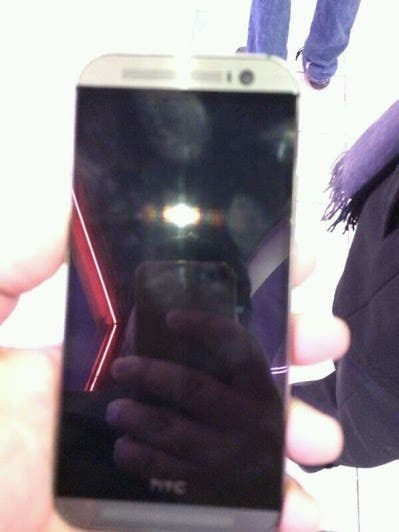 Turning the phone over and we have a similar looking design as the current HTC One with d 1080p display which measures in at between 4.7 and 5-inch. The HTC One 2 is also believed to have a quad-core Snapdragon 800 2.3Ghz processor, 2GB RAM, 5 mega-pixel front camera, SD card memory expansion and Android 4.4 KitKat.

I personally love the design and feel of the current HTC One, but believe the HTC One 2 looks even more premium! What do you guys think.

Next Oppo N1 Knock Off shows up again, this time in midnight black!