It was only yesterday that we reported about the HTC Desire 8, HTC’s own octa-core alternative to the Note 3’s and the oppo N1’s.

Until then, the device was only expected to be launched in China, at an event on the 24th this month. However, LlabToofer reports that the device might be headed to the US. LlabToofer reportedly managed to dissect an early software build for the Desire 8, upon which compatibility with US’s AT&T and Sprint networks were found. 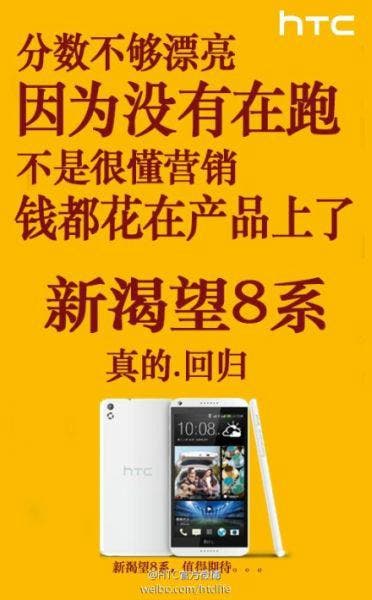 AndroidCentral suggests that the Desire 8 might well be packaged as a ‘premium mid-range device’ which carriers other than just AT&T and Sprint might carry.

The HTC Desire 8 will come with a 5.5-inch screen, octa-core processor (most likely the MediaTek MT6592) along with other internals that include a 13 mega-pixel rear shooter and a 5 mega-pixel front-facer. It’s likely that the device be launched at the impending Mobile World Congress which is due within the next two weeks.