HTC has been sending out invites for an event which is believed to be the launch of their next big thing, the HTC M8.

As you can see on the invite below, the date 25/03 (March 25th) is mentioned in grey and white which might turn out to be the base colours of HTC’s revamped Sense UI. That’s pretty much all we know about the upcoming event apart from the fact that it will be held simultaneously in New York and London. 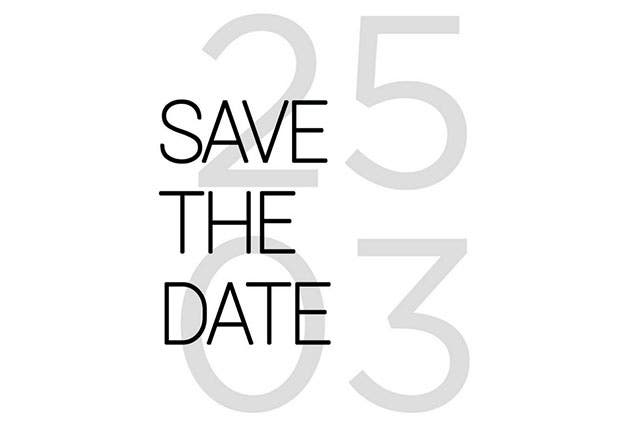 It’s been quite a while since leaks and rumours around the HTC M8 started to appear. Those who’ve missed the action can head over to the HTC M8 round-up we published sometime back. In a nutshell, the device is expect to carry design elements from the acclaimed HTC One with obvious improvements on the imaging and processing front at least.

No one really has an idea what HTC will call this device; guesstimates include terms like ‘HTC One Two’, ‘HTC One (2014)’, etc. The possibility of the device being called ‘HTC One+’ or ‘HTC One Plus’ is eliminated thanks to Chinese startup OnePlus’ acquisition of the ‘One+’ patent.