Taiwanese smartphone giant HTC might just find themselves in a fix after trademark filing by comparatively lesser-known manufacturer.

We’re talking about OnePlus, the OPPO spin-off with radical ambitions. The company doesn’t yet have a smartphone release to its kitty yet, but it is already giving some big guns (read: HTC) a hard time. According to reports, the infant company has managed to secure trademark of ‘One+’ in the United States. Anyone who’s been following the progress around the upcoming HTC would bet on their money that the device has (had?) a great chance of being named ‘HTC One+’. However, with this trademark filing by Shenzhen Oneplus Science & Technology Co., things are all set to change. 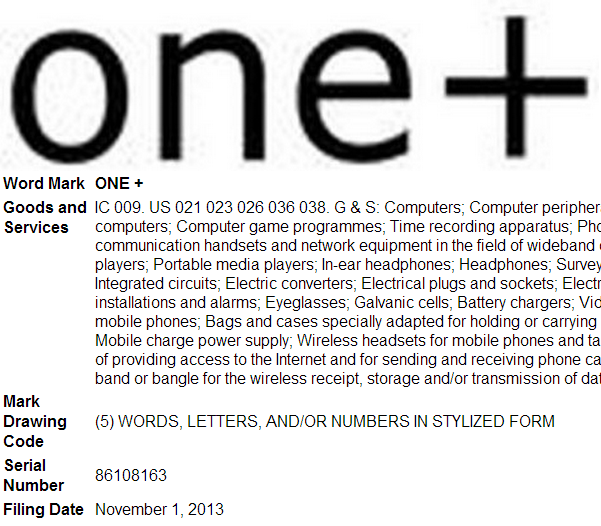 Apart from accidentally putting HTC in some trouble, this move by OnePlus might result in some critical media mileage prior to their first smartphone launch, the OnePlus One. This comes right after the company hosted a media event 4 days back, in China.