The Huawei Mediapad X1 is by far the worst kept secret of MWC! Once again the tablet breaks cover again with Antutu scores.

The screenshot shows us the Huawei Mediapad X1 is capable of reaching over 21,000 points on Antutu. Not as high as some Mediatek phones we have seen over the past few months, but were sure in real use the device will feel just as spritely as any other modern Android device. 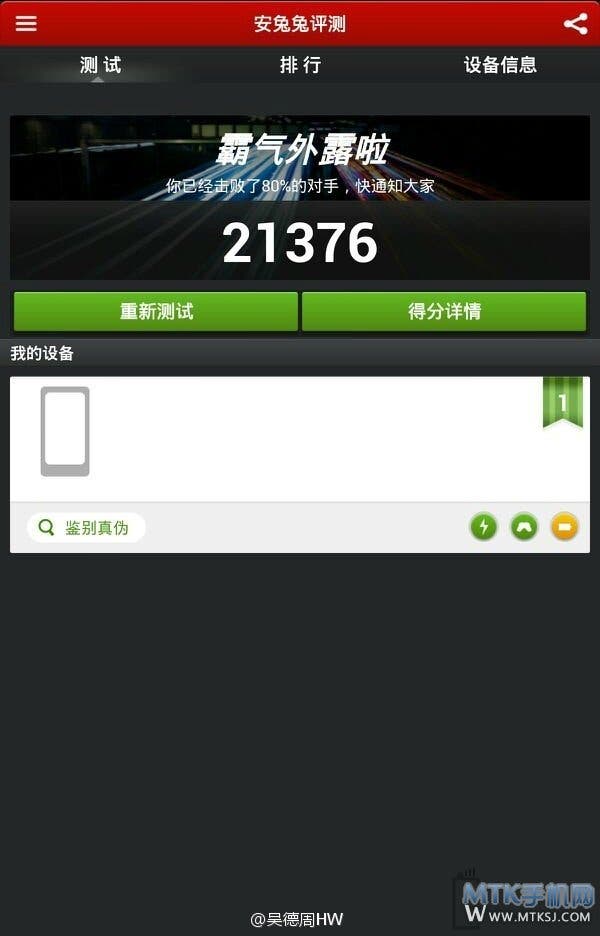 While the Antutu details aren’t complete and don’t help us to identify the full specifications, we know from previous leaks that the 7-inch tablet will measure around 7mm thick, have a 1.6Ghz K3V2 processor, 2GB RAM, 5 mega-pixel front camera, 13 mega-pixel rear, 6000mAh battery and possibly even 4G LTE.

The Meidapad X1, Huawei smartwatch, Huawei Acscend P7 and other device will be launched at MWC soon.

Previous Huawei Smartband spotted ahead of MWC one more

Next Snapdragon Xiaomi Hongmi 1S gets over 21,000 in Antutu