As HTC don’t seem to have changed the overall look of the HTC M8 all that much from the HTC One, it has given Chinese clone maker GooPhone a serious head start when putting together the GooPhone M8.

The GooPhone M8 originally appeared as a render on the official international GooPhone store. The details of the GooPhone M8 had it listed as a HTC M8 clone powered by an octacore Mediatek processor, 2GB RAM and packing a 5-inch 1080 display and 13 mega-pixel rear camera.

Real photo of the phone have now appeared with a few changes to the original spec, along with pricing details. According to the new specifications this HTC M8 knock-off will get 1GB RAM, 16GB memory and cost 1250 Yuan in China ($203). 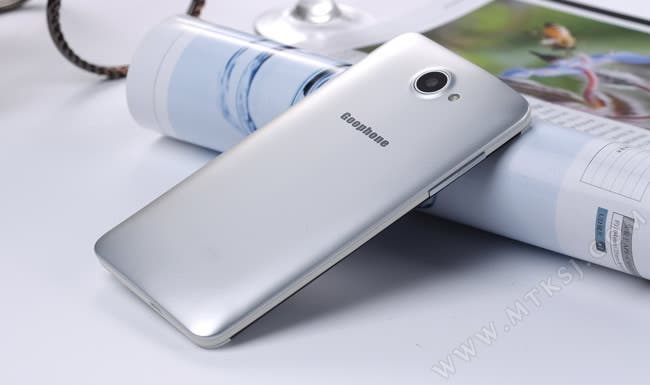 The rest of the hardware (2500mAh battery, dual SIM, WCDMA, 5 mega-pixel front camera) remain the unchanged. Once GooPhone launch the GooPhone M8, the phone will be available in silver, black, white and even gold.