Xiaomi’s super-popular MIUI (pronounced ‘me-you-eye‘) is all set to start a new journey altogether thanks to it now having support for tablets.

While we believed that it would be Xiaomi’s first ever tablet which would support MIUI, Xiaomi never really released one although the leaks kept showing up every now and then. Nonetheless, thanks to this new initiative from the Chinese giant we’ll finally be able to get a taste of MIUI on a large screen device. 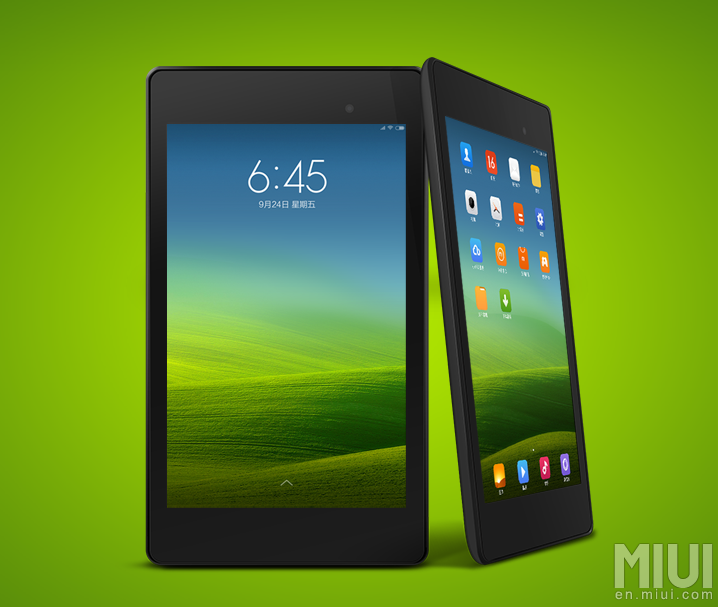 MIUI is now up for download on the MIUI website for the [easyazon_link asin=”B00EANTELO” locale=”UK” new_window=”default” nofollow=”default” tag=”gizchicom-21″ add_to_cart=”default” cloaking=”default” localization=”default” popups=”default”]Nexus 7 (2013)[/easyazon_link], with a filesize of just 278MB. Those interested can give this open project a go. What is nice to know is that the entire UI is redesigned and is not a stretched-out version of the current MIUIv5. Xiaomi supremo Lei Jun also added that the company is willing to team up with other hardware vendors if they wish to have their device shipped with MIUI preinstalled.

MIUI might not be the most visually appealing aftermarket firmware (for non-Xiaomi devices, that is), but the functionality and the sheer number of features more than just make up for it. Also, MIUI has a powerful theme engine with loads of themes to choose from, which partially solves the aesthetic problem.

Next Xiaomi could launch their own Xiaomi tablet, and Hongmi 2 tomorrow!