Xiaomi’s Redmi Note, a 5.5-inch phablet that made an appearance just about 2 days back, is now confirmed to have more than just one variant!

The Redmi Note was previously believed to have an octa-core processor beneath its large 5.5-inch screen. While it still holds true, there’s another variant that we’ve just learnt about — a knocked down, cheaper one with a MediaTek MT6592M at heart (just like the Lenovo A850+). The MediaTek MT6592M, as you might already be aware, comes with 8 cores clocked at a lower 1.4GHz as opposed to 1.7GHz on the ‘regular’ MT6592. 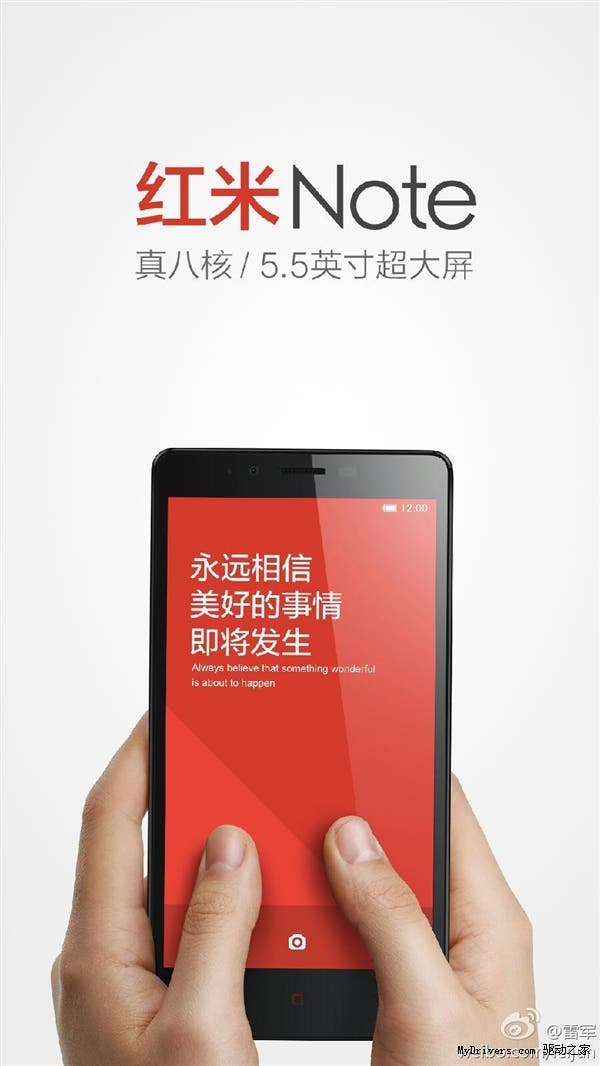 Not only will the cheaper version of the Redmi Note feature a slower processor, but it will also come with 1GB RAM (while the MT6592 version will have 2GB). As always, storage too gets clamped down to just 4GB, whereas the 2GB RAM/1.7GHz version will have 16GB.

While there’s no confirmation about the pricing of these models, it is believed that the low and high versions will cost 999 Yuan ($160) and 1199 Yuan ($195) respectively in China. Official numbers on this will be learnt on the 19th March, which is when Xiaomi will start accepting pre-orders for the Redmi Note in China.

Next HTC M8 cases already on sale in China