The upgraded WCDMA Xiaomi Redmi 1S made its appearance over on the Tenaa website yesterday meaning Snapdragon powered Redmi’s will be on sale soon.

China Telecom customers have been able to enjoy the faster Snapdragon 400 version of the Xiaomi Redmi 1S since 20th February, and soon China Unicom and international WCDMA customers will be able to feel the extra power afforded by the Qualcomm chip. 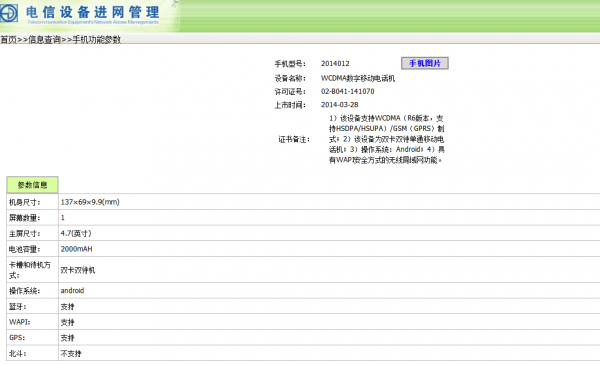 Pricing in China is expected to be around 799 Yuan for the 1S, international prices should be around $210.