Xiaomi continue their dominance of the smartphone market by entering the top 10 global ranking for best selling phones with the Xiaomi Redmi and the Mi3.

Xiaomi phones are only officially available in China, Hong Kong, Taiwan and Singapore. The company do have plans for further expansion but as it stands these are the only place you can by a Xiaomi device officially. So it is pretty amazing that the Beijing phone maker has managed to enter the global ranking of best selling smartphones for February 2014! 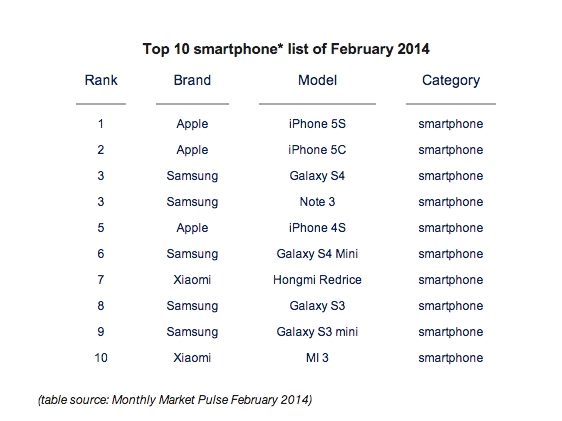 With Xiaomi soon to enter other Asian markets plus the huge Indian market, the 3 year old phone maker will soon be unstoppable!