As the name would suggest, the iFive Mini 3GS is the 3G equipped version of the popular iPad Mini clone the iFive.

The current iFive Mini is a Android powered mini tablet with an uncanny resemblance to Apple’s own 7.9-inch device. The similarities with Apple continue now with the naming of the device as a 3G model has been born as the iFive Mini 3GS.

3G has been included by taking the octacore MT6592 chipset, normally found in phones, and sitting it beneath that high resolution (2048 x 1536) display. This brings up an interesting point though! The highest resolution panel on a Chinese Mediatek phone is currently 1920 x 1080, does the MT6595 have the power to to push all those additional pixels around? 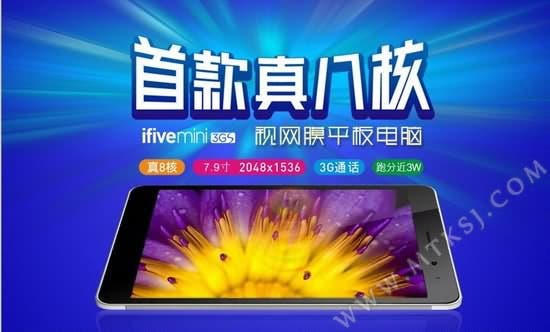 From a design point we have the same look and have been promised an ultra narrow bezel design. Let’s see what it is actually like once the iFive Mini 3GS goes on sale.

Next TRI SIM GreenOrange N1S will cost from $240 in China