Huawei’s range of Ascend phones really caught the publics attention with the launch of the slim P6 last year. Even all these months on the P6 remains one of the better looking Chinese phones on the market and Huawei know it as the overall look hasn’t changed much for it’s successor. 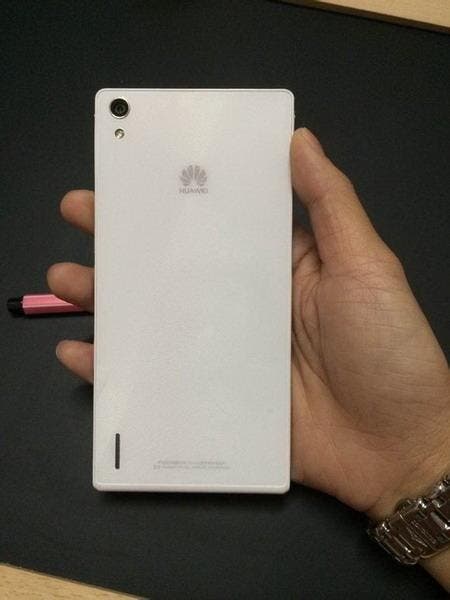 These images which were post by a Huawei staff member on social networking sites in China show the Huawei Ascend P7 shares the slim design and narrow bezel look of the P6 but now has a larger 5-inch display and slightly thicker 7mm shell. 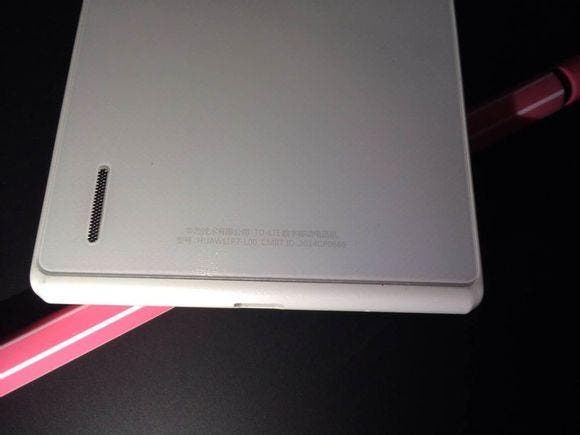 Gorilla Glass make up the front and rear with the back getting a new rear speaker placement, 13 mega-pixel main camera and LED flash. The speaker placement is actually quite clever and should mean that when held in landscape mode which gaming or watching video the audio won’t be muffled by your hand. 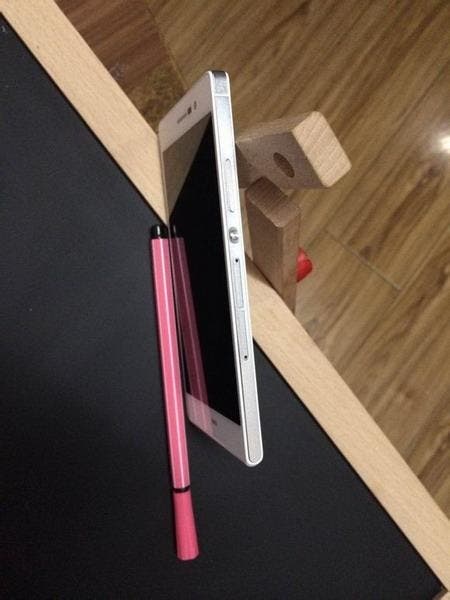 There are two trays on the side of the Huawei Ascend P7, possibly 1 x SIM and x micro SD, and what appears to be a dedicated camera shutter button.

JDI are rumoured to be the supplier of the 5-inch 1920 x 1080 display, above which an 8 mega-pixel front camera will sit. Under the glass exterior is 2GB RAM, 16GB of internal storage and a Hislicon Kirin 910T 1.8Ghz processor running Android 4.4.2 with Huawei’s own Emotion UI.

The launch of the P7 will in in May sometime and it is believed that multiple variants will be offered with slightly different specifications an in different markets around the globe. Pricing is believe to be around the $430 mark.

Next LG G3 set to get an official unveil May 27th