A render of an alleged LTE-enabled Micromax smartphone leaked earlier today, hinting at a release that might be due soon.

With LTE on the emergence, Micromax would hope to be among the first to cash in on the market. The device that just leaked is purported to come with the NVIDIA Tegra 4i chipset on board, besides the aforementioned LTE support. Having the Tegra 4i would also give Micromax a bit of a margin over its competitors, most of which are still shipping phones with MediaTek chipsets with outdated Android ROMs.

The render we speak of has the device running the Android OS in Russian, which suggests that it will be the Russian market which gets the 4G Micromax phone before the maker’s home country, India. Micromax has been quite aggressive with its marketing in Russia, so it really wouldn’t be a surprise to see the phone launch in Russia before India. 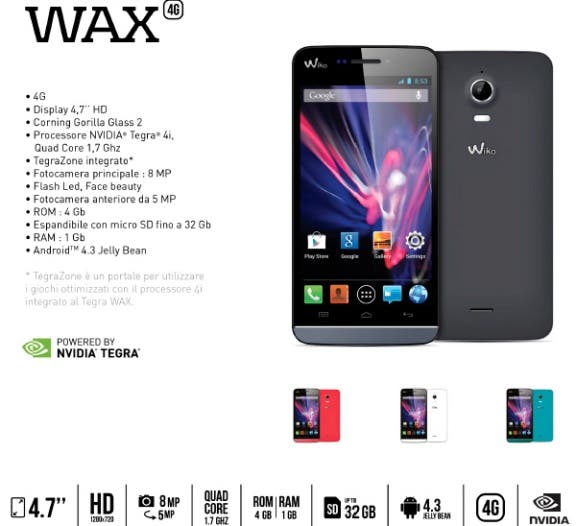 On why we think you might already have seen this device before — if you have a sharp memory, this leaked render will remind you of the previously launched Wiko Wax. Micromax and Wiko have shared OEMs in the past as facts suggest, and this might just be another addition. If it is true, the 4G LTE Micromax phone will have a 4.7-inch HD display, 1GB RAM, 4GB ROM, an 8 mega-pixel rear camera, a 5 mega-pixel front camera and run Android v4.3 Jelly Bean.

The Wiko Wax goes for €200, you can expect the Micromax version to cost equally as much or possibly lesser.