Even though we’re only hours away from the official launch of the Huawei Ascend P7, the spy camera seems to want no respite and has provided us with some freshly leaked photos of the device.

While we’ve seen quite a bit of the device’s exterior thanks to previous leaks, this is perhaps the closest look into the UI we’ve managed. As you’d probably know, the Ascend P7 will run a customized version of Android that Huawei like to call ‘Emotion UI’. Quite clearly, this customized Android skin has some inspiration besides emotion, that comes straight from the uber popular MIUI of Xiaomi. 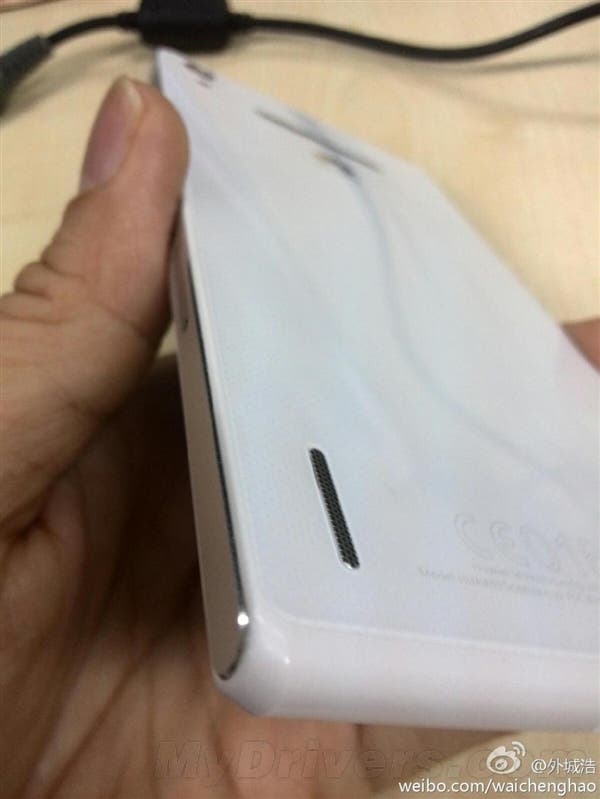 MIUI has been a victim of such undesired ‘inspiration’ for a long, long time now, and it is usually Chinese manufacturers which are the culprits. Anyway, the leaks also give us a close up look at the Ascend P7 hardware, which looks largely unchanged from last year’s P6. This includes the rounded chin of the device, which later made its way into a tonne of clones from China. However, the edges this time look chamfered style to them, which should make it easier to carry and use the phone.

A vertical grill, believed to be covering the loudspeaker, is seen on the rear. We don’t usually see vertical grills for speakers, Huawei possibly have something special in store for us. Since it’s (the grill) pretty much aligned to one side of the device, we have reason to speculate that the phone will have another one somewhere… but where? We perhaps will have to wait a few hours before we know.

In related news, Huawei today announced they have something in store for the 15th of May, without revealing much. You can delve into the details here.

Previous Huawei looks to steal the thunder from Xiaomi; Surprise launch scheduled for May 15th!