Huawei today announced the Ascend P7, a device about which you probably know quite a bit by now.

The Ascend P7 succeeds the uber popular Ascend P6 that came last year with a strikingly thin body. The P7 attempts to maintain the slimness, but gets a little beef thanks to the LTE radio that it has in addition to other hardware. That being said, it should be noted that the Ascend P7 remains to be one of the thinnest LTE phones around.

The Ascend P7 will come with a Huawei homebrew HiSilicon Kirin 910T chipset that houses a quad-core 1.8GHz CPU. Unlike today’s flagships, the Ascend P7 will not come with 3GB RAM, but only 2GB. You’ll be able to store your media on the 16GB on-board ROM it has, which can further be expanded via microSD.

Speaking of media, the Ascend P7 now comes with a 13 mega-pixel shooter, marking an upgrade from P6’s 8 mega-pixel main camera. The f/2.0 sensor comes from Sony, and is aided by LED flash and BSI to ensure smooth sailing in the dark. Huawei are trying to keep up with the selfie fad by including an 8 mega-pixel f/2.4 front shooter on the device. 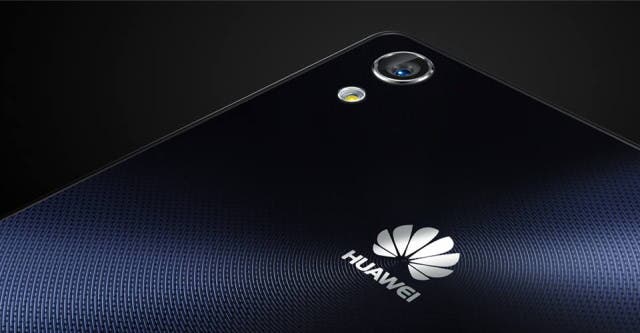 Besides the selfie compatible camera, the front of the device will have a 5-inch 1920 x 1080p display, coated in Corning Gorilla Glass 3. This is exactly what leaks had been suggesting for the past few weeks, so it isn’t much of a surprise that Huawei didn’t go big with the display.

The phone will have a respectable (for its thickness) 2500mAh battery that should take the less demanding users through one work day on a single charge. What’s more, it’s Android v4.4 KitKat that Huawei have used as base for the Emotion UI 2.3 that the P7 will rock, which sort of gives the device a lead over other Chinese OEMs when its Android versions you’re talking.

With a price tag of €449 ($625), this sexy smartphone will see a release in Europe, Asia and the Middle East this month.

Next Vivo Xshot launched, full specifications here is what you need to know