One gripe that OnePlus followers had (besides maybe a screen that’s a bit too large) was the lack of microSD expansion on the One (not that a 64GB version was too expensive, though). Although OnePlus never really denied the existence of a microSD slot on the device, they also didn’t advertise it the way they did for other components. However, the suspense was pretty much killed when OnePlus released the phone on the 23rd of April.

Thanks to an FCC filing, we now have greater insights on the subject. A scan of the user’s manual that should ship along with the device mentions support for microSD, which surprisingly was missing on the devices given out for testing, including the one we played with at launch. 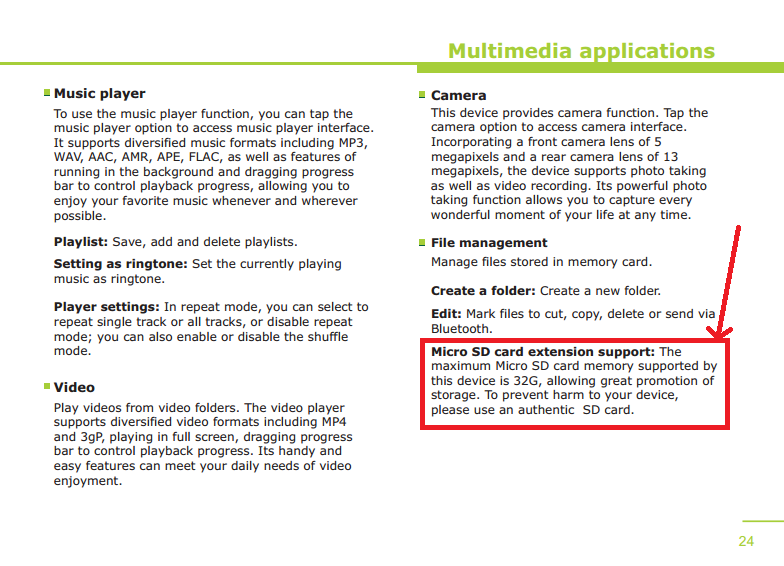 OnePlus are known to be a sort of a ninja when it comes to specs; the One was initially believed to feature 2GB RAM, which then turned out to be 3GB. That’s not all, the makers even gave the processor a quiet upgrade from Snapdragon 800 to the 801, overnight. Could the startup (not sure if we can call them that) have another trick up its sleeve?

We really think that the microSD support that’s mentioned is a mistake (if not, a bad marketing ploy), since that and a few other things (including the cool LED notification) are all that separates the OnePlus One from the OPPO Find 7a, and considering the makers’ background, we believe adding a microSD slot to the OnePlus One could really mean disaster for the Find 7a.

Next This Video Offers A Close-Up Look At The THL 5000, And Its Massive Battery