Almost two months after launch, another variant of the HTC One M8 is about to get official; this one’s not just the same package in a different colour, but a redesigned, mini avatar of the full blown M8.

@evleaks confirms that the ‘One Remix’ device that’s being touted is nothing but a carrier locked HTC One Mini 2, with Verizon being the network of choice. The specs, as we know, consist of a 4.5-inch 1280 x 720 pixel HD display, a Snapdragon 400 quad-core chipset, 1GB of RAM, a 13 mega-pixel main shooter and the Android v4.4 KitKat ROM topped with HTC’s Sense 6 UI. 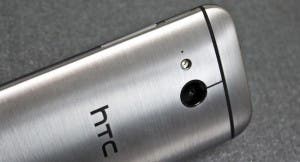 There’s no word on a launch date as yet, so you can’t mark your calendars already. If there was one, would you line up for this one, or would you prefer to go full monty with the larger HTC One M8? Let us know what you think.

Next CyanogenMod 11S Gets Ported To Oppo Find 7a, Now How Will We Tell Them Apart?