A white ZTE phone with 5-inch 720p display and 2GB RAM could be the first smartphone in the world to be offered with an LTE enabled processor from Taiwanese chip maker Mediatek. Leaked on Weibo earlier today the specifications , which include an 8 mega-pixel rear camera, 2300mAh battery, dual SIM support and 16GB memory, suggest the whilte bodied ZTE will be a low-cost smartphone and may even become part of the current Redbull line up (which consists of the 799 Yuan Redbull V5). 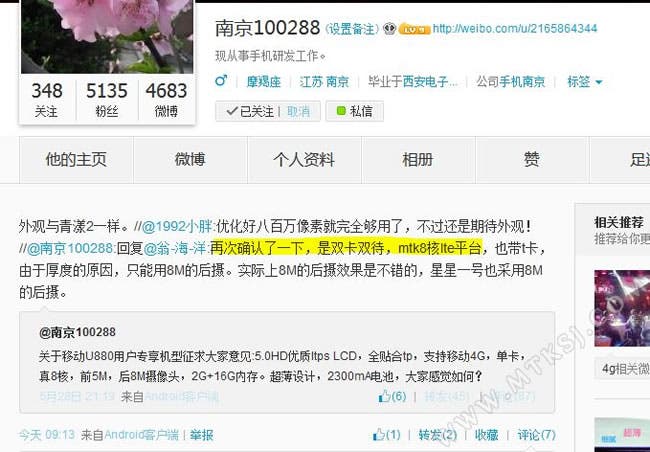 With these specifications in mind, plus the current trend towards phones going on sale as close to cost price as possible could mean the new ZTE will be competing in the 999 Yuan sector of the phone market against the Xiaomi Redmi Note and latest Huawei Honor phones.

Next Budget Version Of HONPhone H1, The H01 Revealed