Meizu and Suning, one of the largest electronics stores in China, have announced the “Blue Dream” cooperation which will see the companies build more stores and boost sales.

Meizu already boasts around 500 physical stores in China, and now with the help of electronics giant Suning that number will increase by 300 within the next year! We have seen Meizu spread it’s wings with it’s Meizumart store, and official Italian website, and growth at home in China is on the up too.

In Beijing Meizu announced that it will be partnering with Suning to build an additional 300 stores in China with plans to boost sales by 2 billion! That number might sound optimistic but with the the help of one of the largest high-street resellers of phones behind them Meizu could easily do it. 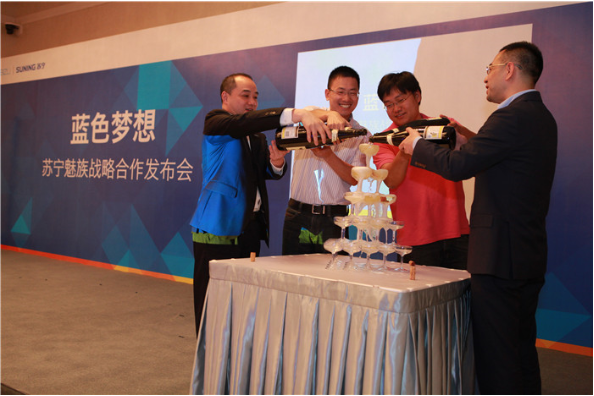 The cooperation between the two giants is named “blue dream” which interestingly similar to the rumoured “blue charm” range of  low-cost Meizu device which is reportedly going to go head to head with the Xiaomi Redmi series!

We can’t wait to see what Meizu have up their sleeves this year, and find their current growth and change of speed extremely refreshing.