The fact that Android’s most recent flavour, i.e., KitKat isn’t too hardware intensive makes it the obvious choice for budget phones. That, combined with the present demand for KitKat phones is what defines what we’re going to discuss here — the Celkon Campus A35K.

Celkon is an India based manufacturer, known for dishing out budget phones in the country (yeah there are a tonne other brands, but well…). The Campus A35K happens to the the latest release from the maker, a device which is touted as the cheapest and most affordable KitKat smartphone in the market. Some weeks back, it was the Motorola Moto E which held the tag of being the most inexpensive KitKat phone… but the Celkon Campus A35K costs half as much as the Moto E. 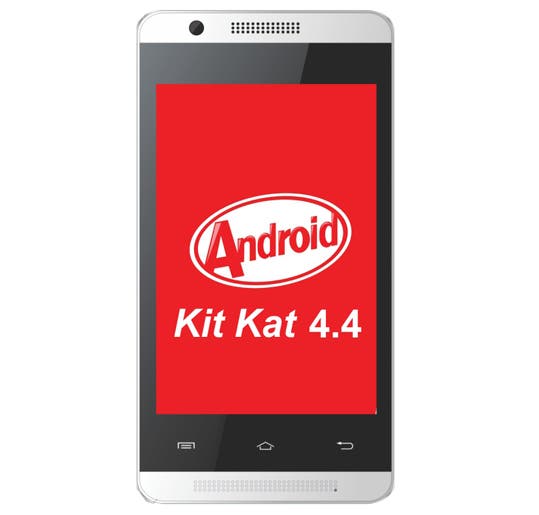 At just 3,000 INR or $50, the Celkon Campus A35K doesn’t offer much besides the Android KitKat firmware, which naturally is the phone’s USP. It comes with a 3.5-inch 480p display, a 1GHz single core processor, 256MB of RAM, 512MB on-board storage, which is expandable up to 32GB via microSD, and a 1200mAh battery to supply juice to the not-so-power-hungry internals.

What’s nice is that the phone features dual cameras — a 3.2 mega-pixel with LED flash at the rear and a VGA front to make video calls, which means there’s 3G support on board as well.

Although there’s a high chance that your first ever Android smartphone had better specifications than this (that is, if you are an early adopter), it perhaps makes sense to have a cheap, ever-so-affordable KitKat phone in a growing market like India.

Would you want such a device to be your backup backup (saying it twice was intentional) phone? We wonder what Chinese makers can do if they take cue from this…

Next Micromax Canvas Gold A300 leaked in new images