Unistar aren’t one of the companies we usually look at when watching for the next leap in technology, so the launch of the Unistar X7 4G has come as a huge surprise.

Unistar have created a 4G LTE device using the popular quad-core MT6582 processor (found in phones such as the iNew V3) connected with the Mediatek MT6290 LTE module.

Only the preliminary specs have been released listing the X7 4G as having a 5-inch qHD display, 1GB RAM, 8 mega-pixel rear camera, 2200mAh battery and network support for GSM, WCDMA and FDD LTE networks. 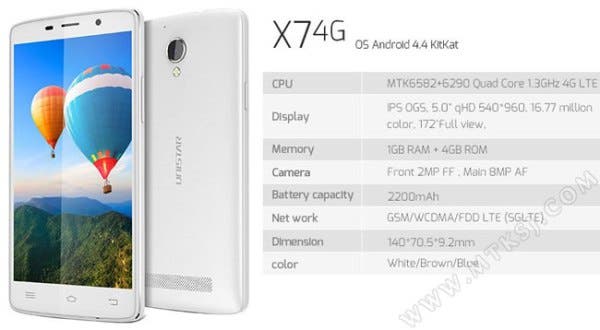 Unistar seem to be aiming the X7 4G at international markets but you should wait for full network support specs before you choose to order the phone. You may also want to wait for the Unistar X1 too as this too will be getting LTE support soon too.

Previous How to detect if your phone is infected with the uupay.A Trojan