Microsoft’s Nokia has been teasing a successor to its first ever Android smartphone, the Nokia X. Presumably dubbed Nokia X2, the smartphone is expected to be released very soon.

The blog post also mentions a date – June 24 – which is when we think the smartphone will be launched. The teaser shows 4 blocks, parts of an ‘X’ out of which one (bottom right) is a placeholder until June 24th, a telltale sign that the phone will be launched on that date.

Rumours and leaks have previously pointed to a specs set consisting of a 4.3-inch 800 x 480p display, a 1.2GHz Snapdragon 200 CPU, 1GB RAM, a 5 mega-pixel rear camera and a VGA front. Nokia are clearly using their first Android devices just to see how deep the waters are; if the first batch of Nokia Android phones see good enough success, you can expect the Finland based maker to roll out more powerful devices in the future.

This also contributes to a newfound breed of entry-level smartphones that have started showing up out of nowhere. Main markets remain to be the developing ones, though. 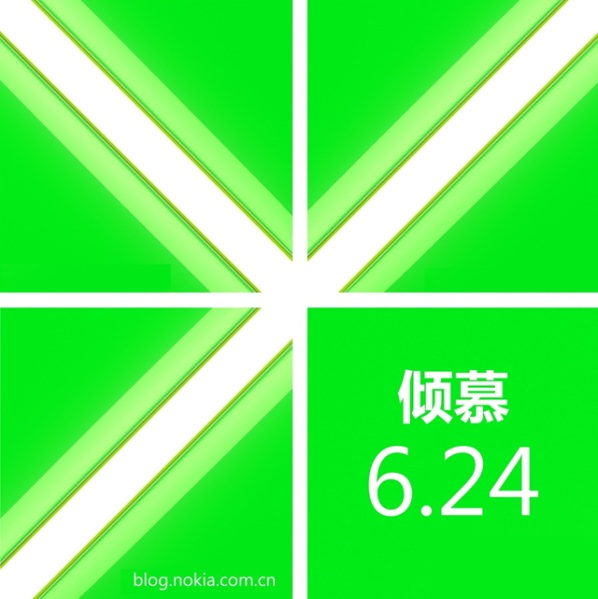