Popular India based maker XOLO has unveiled another Q-core series smartphone for its home market. With not the most easy to remember name, the XOLO Q1011 will be available exclusively via the Amazon India store.

Set to go on sale starting June 27th, the Q1011 is quite the quintessential ‘budget quad-core smartphone’. The processor, the display size and the pricing, are all easy to guess with this one, at quad-core MT6582, 5 inches and 10,000 INR respectively. What’s good is that the device features a nice and usable 720p resolution instead of the usual qHD that features on most other phones.

Another thing that’s good about the device is the OS it runs out of the box (yes, you guessed it) – Android v4.4 KitKat. That, along with 1GB of RAM makes for quite a decent phone, especially when you take into consideration the pricing. The device also supports lockscreen gestures, a feature that is increasingly getting popular.

XOLO’s trademark has been the BSI sensors it uses on its phones. It happens yet again with the Q1011, with the 8 mega-pixel rear getting BSI support for low-light conditions. A 2 mega-pixel front will attempt to take care of your selfies along with video calls. Lastly, the phone features a 2250mAh battery which does sound large enough to take you through one work day on a single charge. 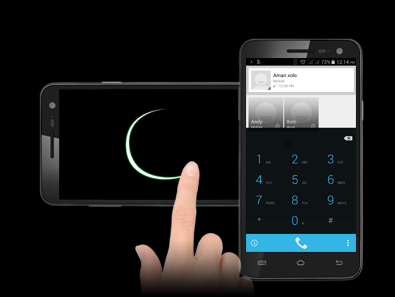 Previous Android One, a sub-$100 smartphone project to kick off with Micromax in India

Next Gionee Elife S5.5 gets an update to Snapdragon 400 and LTE