Zopo usually strive to be one of the first companies to get the latest tech in to their phones. Late last year we saw octacore processors first in the ZP998, this year they have done it again with hexacore, and now with LTE.

The first LTE Zopo phone isn’t a flagship, but rather a mid-range phone based around the dependable quad-core MT6582 processor. To give the Zopo ZP320 LTE a Mediatek MT6290 modem has been used which expands network support from GSM, WCDMA and TD-SCDMA to included TDD-LTE and FDD-LTE.

The retail price for the ZP320 is $269, to keep the cost low the screen is a 5-inch 960p model, there is just 1GB RAM and the front camera is only 2 mega-pixels. The good news is Android 4.4 Kitkat comes as standard and the rear 8 mega-pixel camera has an F2.0 aperture. 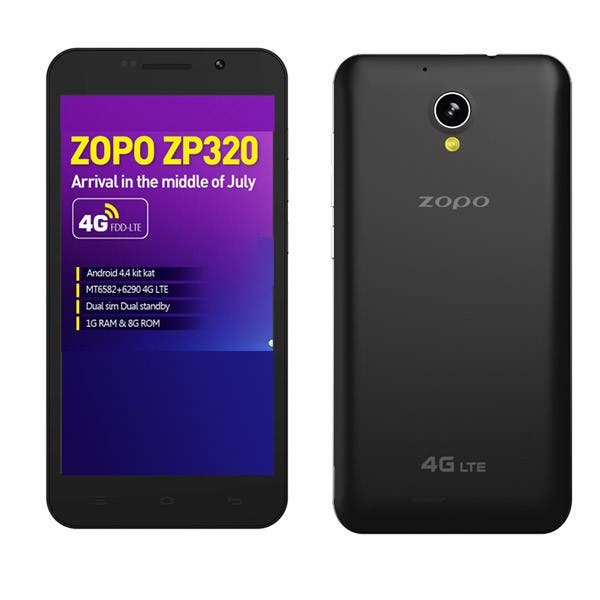 The Zopo ZP320 has been listed internationally and will be on sale soon.