At launch the idea of a Xiaomi tablet running the companies own MIUI ROM was already engrained in to our minds, and so didn’t come as much of a shock. We all also expected the Mi Pad to launch with amazing hardware and at an equally amazing price, but this is where the surprise appeared!

It’s nothing new for Xiaomi to release a product with specs that laugh and kick dirt on to the competition, but with the Mi Pad they did much more than that. They actually gave the Chinese tablet market a much needed kick in the rear! 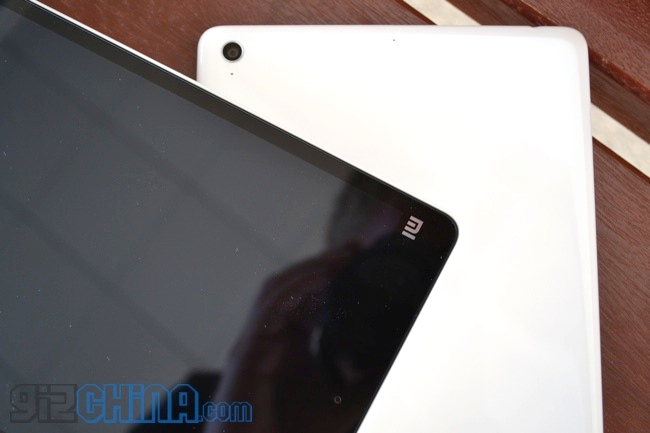 Before the Mi Pad, very few Chinese Android tablets could really compete with the Google Nexus, and Apple iPad, the Xiaomi Mi Pad can and does.

The Mi Pad has almost every ingredient to make it the most perfect Android tablet on the market. The 7.9-inch display is a 2048 x 1536 retina unit, Nvidia’s Tegra K1 clocked at 2.2Ghz hums beneath the screen. There is 2GB RAM, between 16GB and 64GB internal memory, plus room for a 128Gb SD card, dual-band WIFI, two decent cameras with F2.0 aperture and a huge 6700mAh battery! 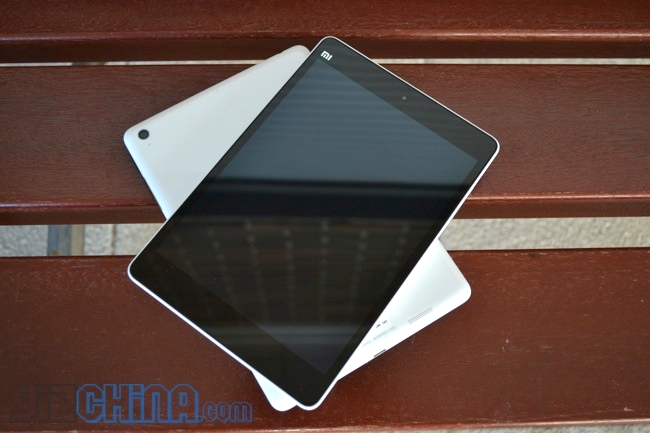 Those are killer specs, but there is something missing! Where is the 3G, or more up to date with current devices where is the 4G LTE? Currently there isn’t a data enabled version of the Mi Pad, which is a shame but at least the price of a Mi Pad and a Xiaomi Mi3 with hotspot comes to less than an LTE iPad mini. 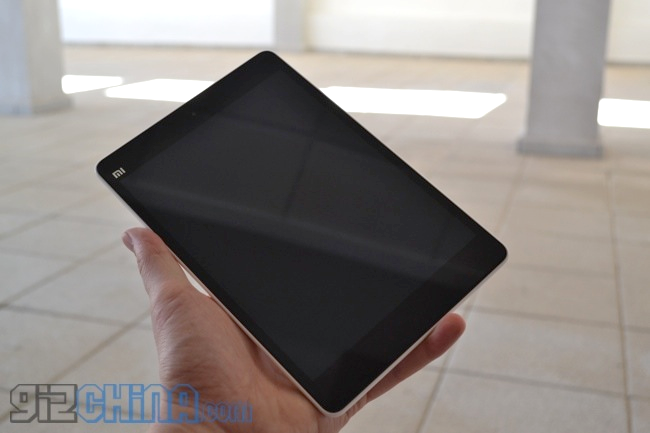 As you expected, Xiaomi have developed a tablet friendly version of MIUI of the Xiaomi MiPad, what’s more it runs on Android 4.4.2 Kitkat too. As you will see in the videos, MIUI on the Mi Pad is modelled closely on iOS.

Imagine that the iPad mini put on a little weight, had a glossy plastic rear and ‘Mi’ logo and you have a very good idea of what the Xiaomi Mi Pad is like to see and hold. 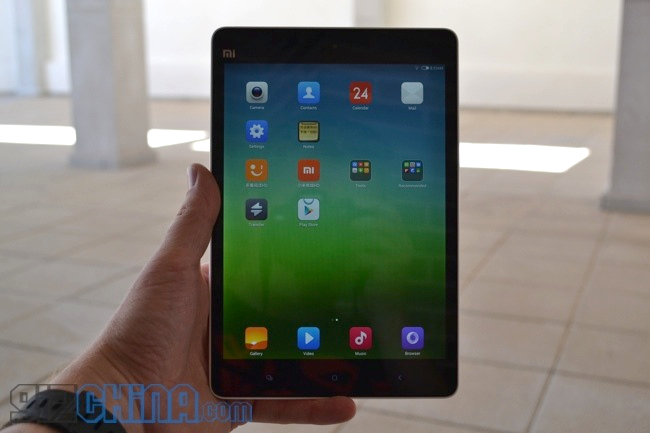 To be fair to Xiaomi there isn’t much you can do to a tablet to distinguish if rom another similar tablet other than add your own logo and design touches here and there which Xioami have. 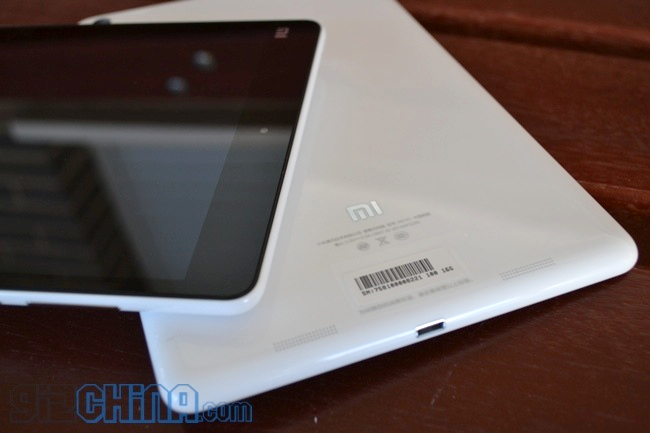 The ‘Mi’ logo appears on the front, top left and on the rear of the device. The physical button lay out on the right, is the same as the Xiaomi Mi3, Redmi and Redmi note. There are 3 back-lit controls on the chin, and there are dual speakers on the rear of the tablet.

Today we received 2 Xiaomi Mi Pad tablets, and we have a 3rd on the way. These tablets were bought from resellers in China and Europe and all arrived at our office without issue. To know where to buy the Mi Pad read:

For more details on where you can buy a Xiaomi Mi Pad outside of China check out: Top 3 places to buy the Xiaomi Mi Pad.

Below are unboxing and hands on videos with the Xiaomi Mi Pad.

I have been waiting for the Mi Pad since the very first leaks last year. The idea that one day I would be able to replace my iPad mini with a similarly designed tablet, with better specs and running Android really has been something I have looked forward too. 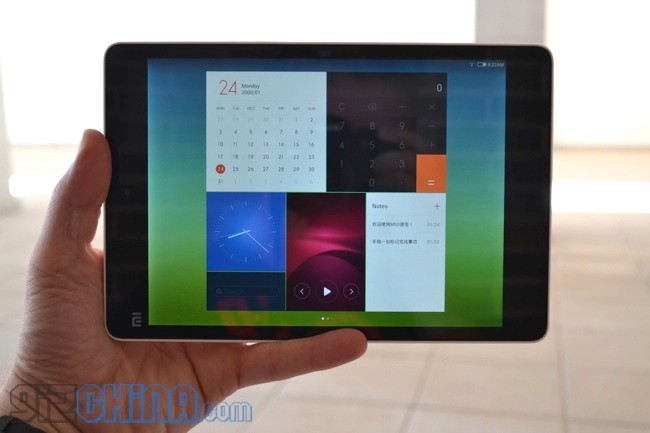 looking forward to a device can often lead to you building up hopes and expectations that can easily be destroyed once you get your hands on it. Thankfully this is not the case with Xiaomi’s latest device and first MIUI tablet!

I will without doubt be giving the iPad mini to the kids, while I enjoy a grown ups tablet! The Mi Pad has it all, looks great and is seriously fast! If it had LTE then it would be contending for the best tablet on the planet, as it is it’s still an awesome product. 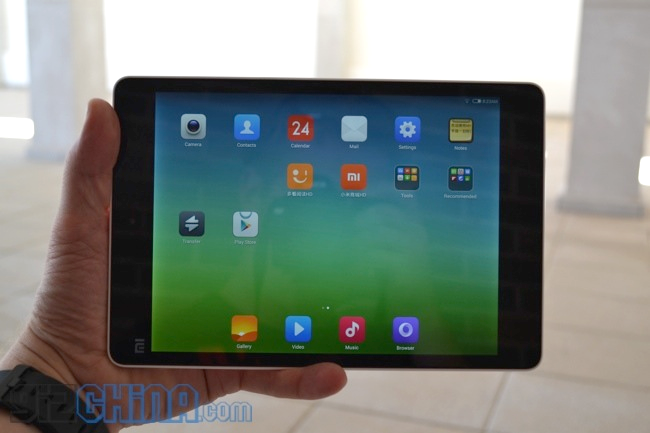 We will be reviewing the Xiaomi Mi Pad in full over the coming weeks as well as posting a few other interesting hands on and comparisons with the 7.9-inch Nvidia tablet. Keep posted.