It might seem odd that we are talking about two phones that were launched sometime ago, but with international launches just starting in some markets the choice between the Asus Zenfone 5 or Xiaomi Mi3 is a very real one.

For some customers the choice between the Xiaomi Mi3 and Asus Zenfone 5 is a simple one, buy the Xiaomi Mi3. It has a higher resolution display, faster processor and 13 mega-pixel main camera. What if your priorities lie elsewhere though? What is you need expandable memory, dual SIM and aren’t necessarily bothered with having a Snapdragon 800 CPU? Well then the Asus Zenfone 5 looks a little more interesting.

So what are the full specifications of the the Asus smartphone. Well like the Xiaomi Mi3 it has 2GB RAM and starts with 16GB of internal memory, but that can be expanded using a 64GB SD card. The rear camera is an 8 megapixel unit, and there is also a 2 mega-pixel shooter up front. The battery is a 2110mAh unit, but only needs to drive a 5-inch 720- display and dual-core Intel Atom processor. 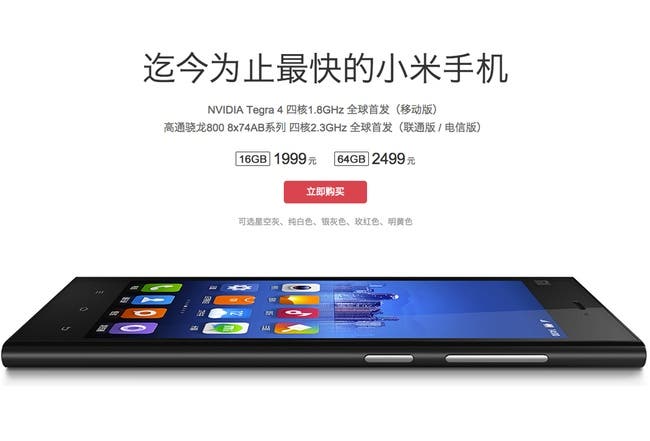 Even the size of the two phones is similar and the weight is exactly the same. So, which would you choose to buy? The Xiaomi is now officially available in some markets outside of China, but elsewhere reseller costs jack the retail higher. The Asus phone, is more widely available.

Which features are more important to you? A powerful processor and 1080 display, or dual SIM and micro SD?

Next Cubot release their thinnest phone ever