We’ve been talking about the Xiaomis, the OnePlus’ and the OPPOs since like forever. What about the niche of phones that are more suited for a specific task, albeit being limited to a limited audience? That’s what we thought before taking the iMan i3 for a spin!

The iMan i3, if you aren’t aware, is a rugged phone for extreme outdoor use. Before you make premature assumptions, let us tell you that the phone isn’t all about being a brick and all that; it does come with some respectable features as well.

One of these is the wireless charging feature, which allows you to place the phone on a charging plate which gets it to charge. Lets take a look at the complete specs set of the device and start with the actual review! 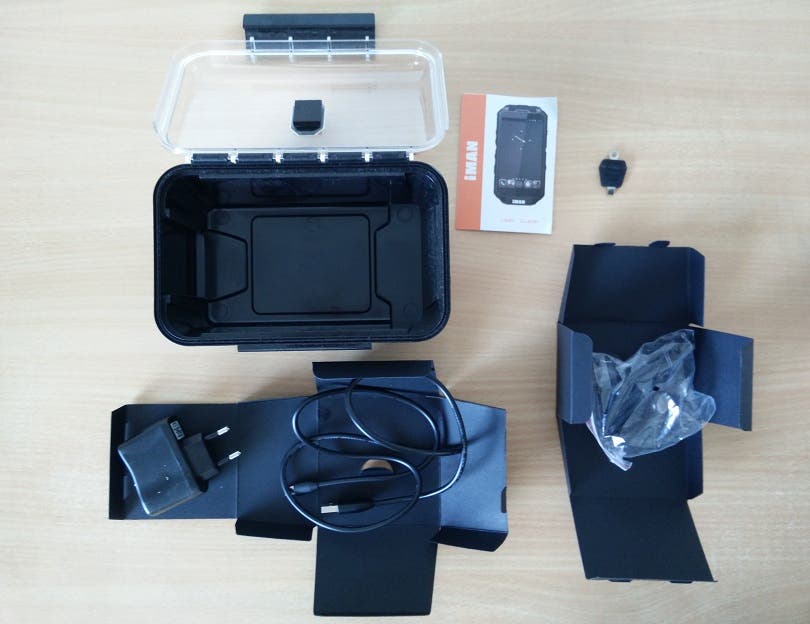 The iMan i3 comes with a robust and good looking hard plastic case in lunchbox style. The lid is secured with a latch, beneath which sits the phone itself. Digging deep, you find the wireless charging plate, and two neat little boxes that sir pretty inside. These contain the USB data cable, 5v charger, some earphones, a user’s manual and lastly the rear panel removal tool.

The iMan i3 is such a radical device, that it stands out from other Android phones in almost every aspect. Design and form are no exception; the i3 is built like a tank, unsurprisngly. The phone has quite a lot of heft to it as well, which reassures its users. After all, the phone is made for extreme outdoor activities and has almost nothing to do inside your home.

The Transformer sort of a design looks pretty cool in itself as well. Being an IP68 waterproof phone, the rear case of the device requires a special tool to be removed. Inside sit 2x SIM card slots and a microSD card slot for storage expansion. You also find the speaker grill beneath the back, besides IMEI and other important information.

The battery of the i3, as mentioned, is capable of being charged wirelessly. However, we didn’t find any standard markings of any sort (Qi, etc), so its safe to assume it uses a tech of its own, which works very much flawlessly, but takes quite a while to charge. Of course, you have the option to use the bundled micro USB charger if you’re in a hurry.

A 4.3-inch 960 x 540p display isn’t the most common these days, with most phones having screens measuring 5 inches or greater. The i3 is one of them; the 4.3 inch panel on the device is made to do the job and that’s it. You cannot expect much from the display, one which isn’t the best we’ve come across in recent times. Again, multimedia and such isn’t something the device is built for.

With no mention of OGS and the likes, there’s quite a gap between the actual display and digitizer which takes some time to get used to if you’re coming from a recent phone.Touchscreen sensitivity though, is as good as any other phone with a 10 point multitouch screen (although the listing mentions 5 point). 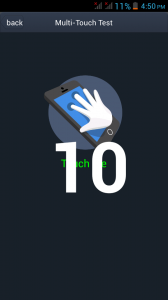 Viewing angles are okay-ish, but colours certainly don’t wash away even at extreme angles. As you would expect from a device like this one, bezels aren’t 2014-thin. 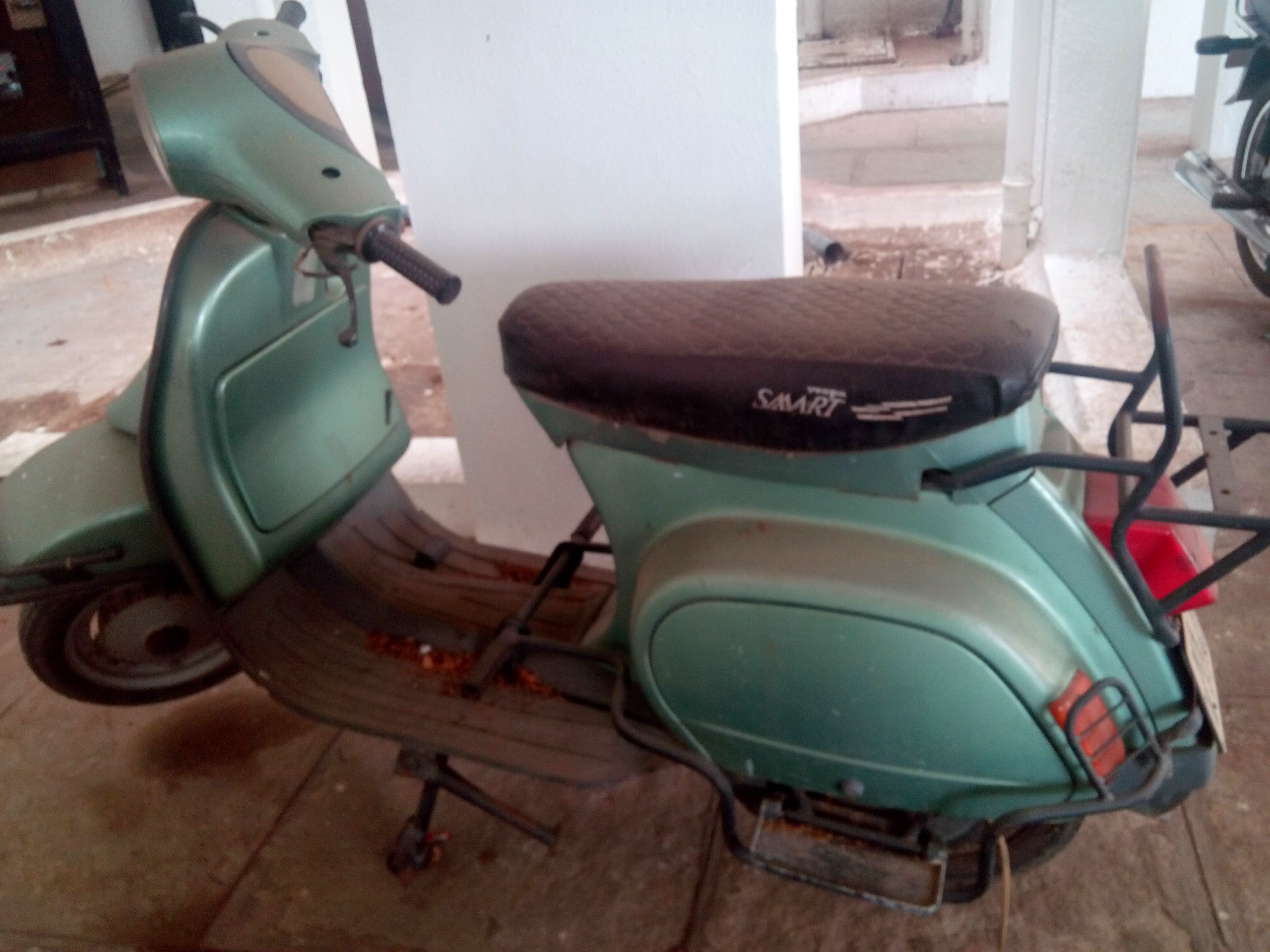 Expectation is usually the key factor in determining how much you like or hate a feature in a smartphone. That doesn’t really apply here; the iMan i3 is definitely not made for shooting. The camera is a 13 mega-pixel unit, which according to us is an extrapolated 8 mega-pixel sensor. Dyanmics aren’t great, i.e., if there’s bright light in one side of your picture, the frame will largely consist of the bright light with not a lot seen on the darker side. You can however set manual ISO to fix this to an extent, with available options being 100/200/400/800 and 1600. Other than that, the camera app is largely stock and untouched by the OEM.

Take a look at a few camera samples below, to get a clearer picture about the camera performance.

Many of you GizChina readers might remember the MediaTek MT6589T, a chipset that really gave birth to the ultra affordable quad-core phone breed. The Xiaomi Hongmi, among a million other phones of 2013 used the chipset, and so does the iMan i3.

For what the phone is meant for, it is quite fast and snappy. You can compare the device to a Snapdragon 400 powered one, and most times the i3 will be as fast but it might not have the compatibility.

With around 670MB of free RAM upon boot, the device has enough memory to take care of your basic multitasking without having to cache apps from main memory. 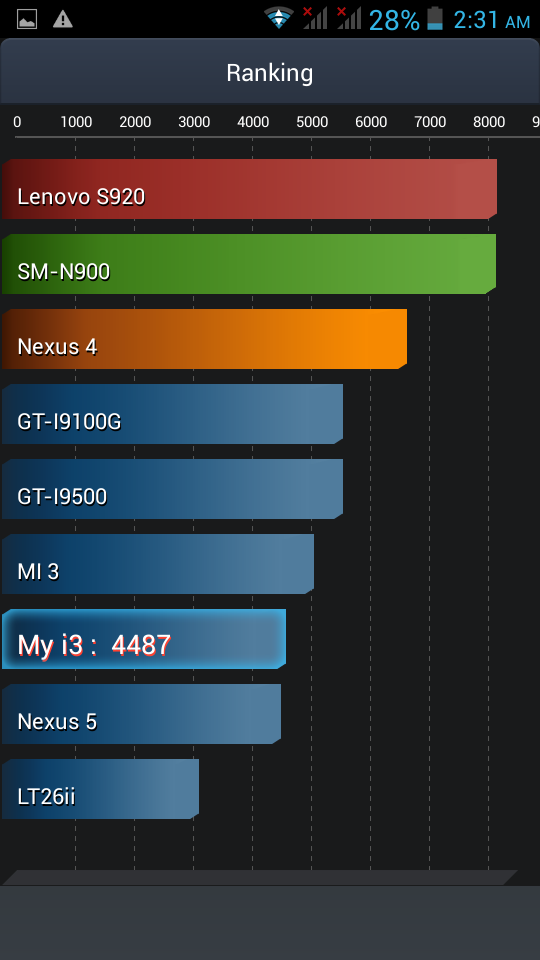 The wireless charging enabled battery holds 2000mAh worth of juice. This isn’t the largest capacity battery we’ve come across, but should last a day or two given the circumstances the phone is meant to be used in (minimal screen time). Just to associate some quantity to this analysis, we ran the AnTuTu battery test, and here’s what the phone returned. Make your conclusions! 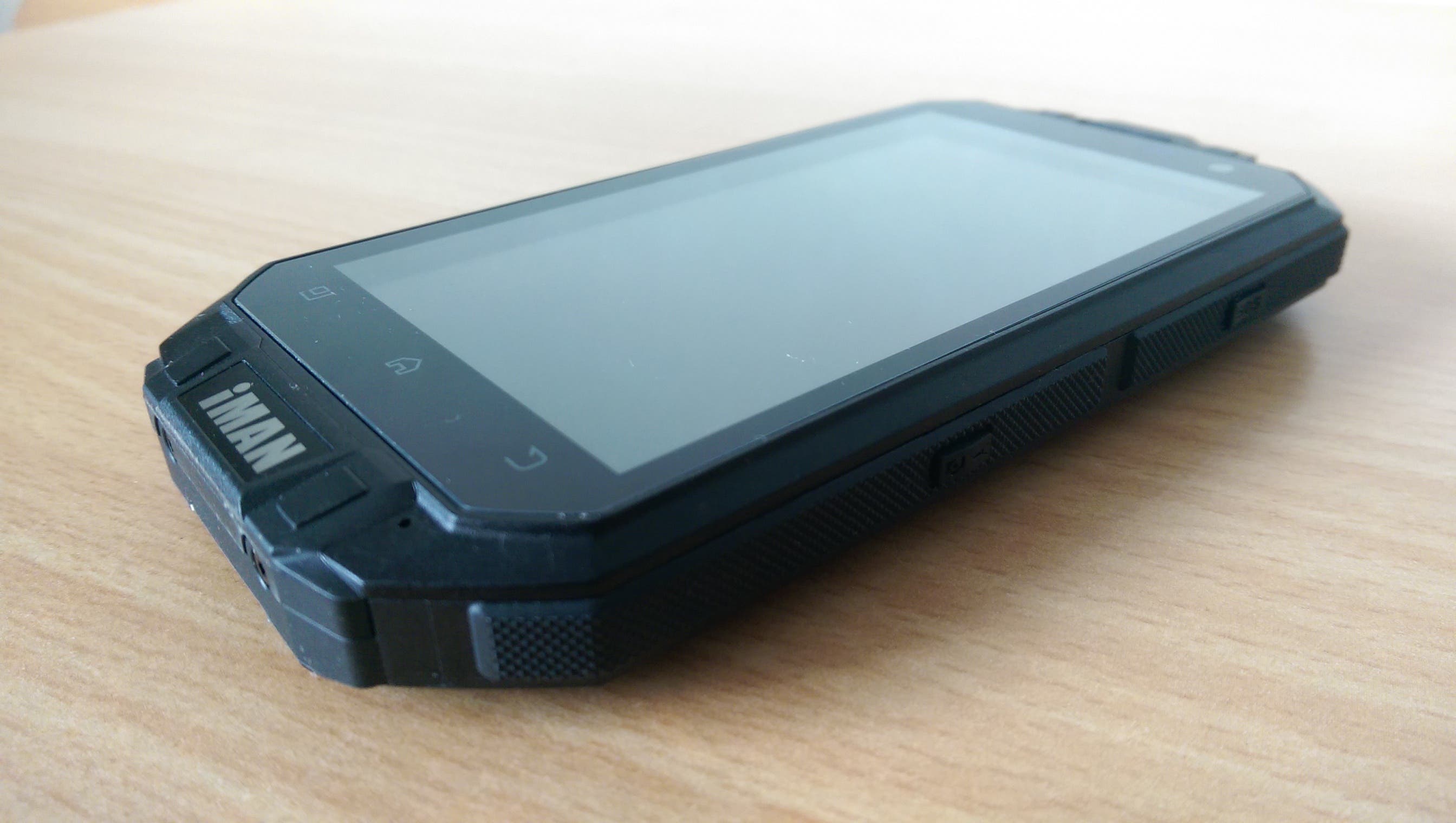 Although not a phone I’d get a chance to use, the iMan i3 is a very well built smartphone. Being waterproof, dustproof and shockproof, the device is perfect for those who indulge in extreme outdoor activities (Andi can take note of this).

Of course, multimedia, gaming and performance in general aren’t the strongest points about the phone, but getting the phone for that would be defeating the purpose. You’d be better off getting something like a Bluboo X2 in that case! Coming back to the device, wireless charging is something you perhaps don’t see on a phone like this often, so its quite a plus. Also, the phone can be used while wearing gloves, which can come in handy in cold/wet conditions.

So, if you are among those cool people who trek, hike or even camp, get the phone!

We’d like to thank Chinavasion for supplying us the iMan i3 for review!