Xiaomi didn’t release an LTE version of the Redmi series (despite receiving network licences for the phones), but that hasn’t stopped hands on photos and video of the updated device from hitting the web.

Xiaomi obviously didn’t want to overshadow the launch if the Xiaomi Mi4, the company’s first LTE product to date, with the release of LTE versions of the Redmi, but that isn’t to say they won’t launch soon.

Someone has even managed to get there hands on the 4G LTE version of the Redmi Note before launch and made a (now removed) hands on video and photos. 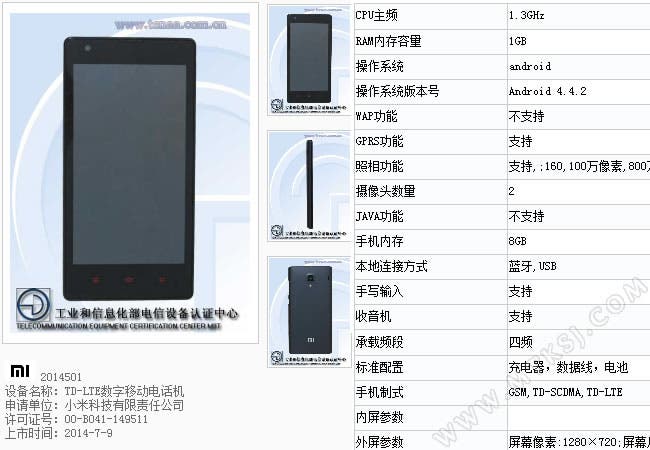 The LTE Redmi Note uses a Snapdragon MSM8928 quad-core processor in place of the octacore Mediatek chip to bring LTE to the phone. The rest of the phone remains the same and includes dual SIM support, a 5.5-inch 1280 x 720 display, 2GB RAM, 13 mega-pixel main camera and Android 4.4.2.

It seems that the Redmi Note LTE will only use TD-LTE which is meant for Chinese operators only, but we will see nearer the launch if this is accurate or not.