Oh how things have changed. Once it was news that international phones found their way in to Chinese grey markets, nos Chinese flagship phone the OnePlus One is in the grey markets of Japan.

Spotted at the Akihabara market in Japan, this 16GB Baby Skin OnePlus One is priced up at 49,800 Yen, which is roughly $480! What’s more interesting is that the phone on sale isn’t the global product but the Chinese version of the phone. Currently it is still easier to get hold of the Chinese versoin of the OnePlus One that it is the Global model, a practice many customers have been following despite the difference in LTE bands. 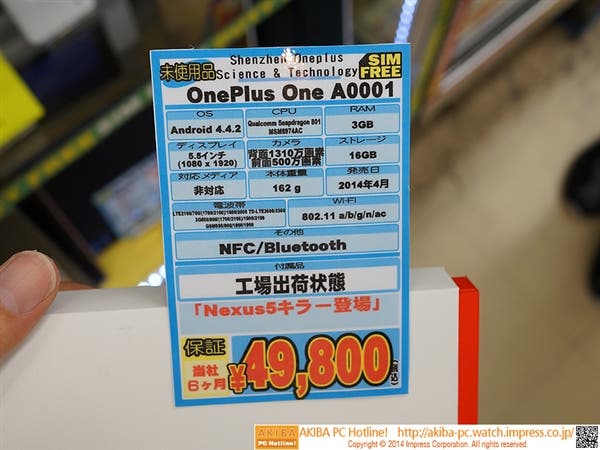 Compared to the Chinese price the Japanese costs is 1000 Yuan more, but even at that mark up the OPO still represents good value compared similar spec phones, especially unlocked.