The Motorola Moto G made waves in the Indian market when it was launched, about 5 months back. The device was a quad-core Snapdragon phone, not from a local maker but one that’s recognized all over the world. As expected, the device sold like hot cakes in a country then deprived of quality hardware at accessible prices.

Fast forward to August, and a relatively new Chinese maker, OPPO releases the OPPO N1 mini. As the name suggests, the N1 mini is the knocked down version of the full-sized N1 that launched in India back in January. What’s funny is that the N1 mini, with the Snapdragon 400 (albeit a higher-clocked one), comes at a massive 26,990 INR ($441) whereas the Motorola Moto G with a slightly lower-clocked variant of the same CPU goes for less than half the price. 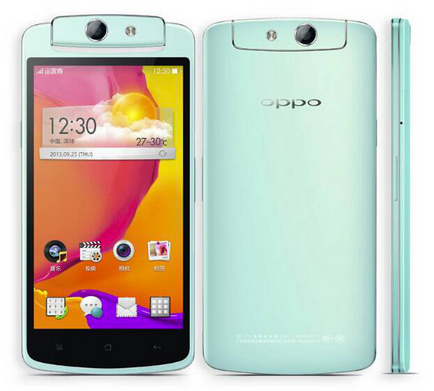 Having talked about the price factor, it is important to note that the OPPO N1 mini does come with a few interesting tricks up its sleeve, including the 13 mega-pixel swivel camera and the Ultra-HD features that it inherits from its elder sibling.

It would be interesting to see how the Indian market reacts to the device. Would you ever spend a sum as large as $440 on a Snapdragon 400 powered phone in this day and age?

Previous DOOGEE DG850, aka OnePlus One clone, gets Hotknot support