The Xiaomi Mi4 has arrived at GizChina towers. A full review is underway, but to keep you all up to date with events here is a brief first impressions of the latest flagship Xiaomi.

The Xiaomi Mi4 can be seen as a slight departure from previous Xiaomi phones. Instead of loading their new phone with the latest, cutting edge features (as they have managed in the past), Xiaomi instead decided to refine the work they had already started with the Mi3 and build it all in a new body made of quality materials. 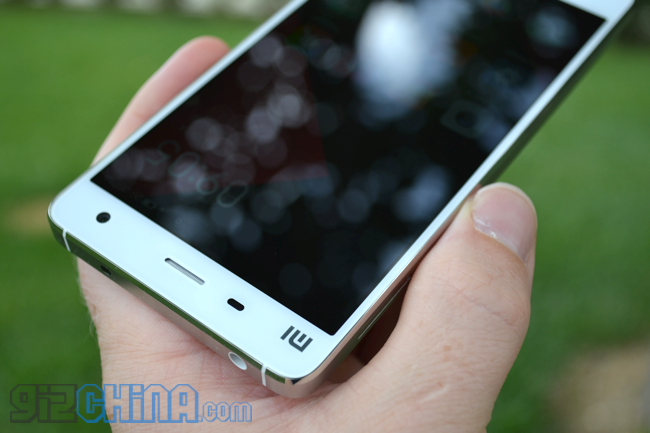 So instead of a Snapdragon 810, 4GB RAM, 2K display etc the Xiaomi Mi4 has a Snapdragon 801, 3GB RAM and 1080 FHD display, and that’s just fine by us as those specs are more than enough for everything you could want to throw at it. Not loading the new phone with (unnecessary ?) features, has allowed the Mi4 to receive a stainless steel chassis, and better build quality than ever. If Weibo is to be believed (hmmm) the Mi4 is so good that wives of Xiaomi bosses have thrown their iPhones away in favour of the new Mi Phone.

This year has been amazing for Chinese phone fans, for us too! We have recently reviewed the OnePlus One, were one of the first to get our hands on the Oppo Find 7 and we have the 2 flagship Vivo phones in constant use at the office. So the Xioami Mi4 really does have it’s work cut out, and thankfully we haven’t been let down. 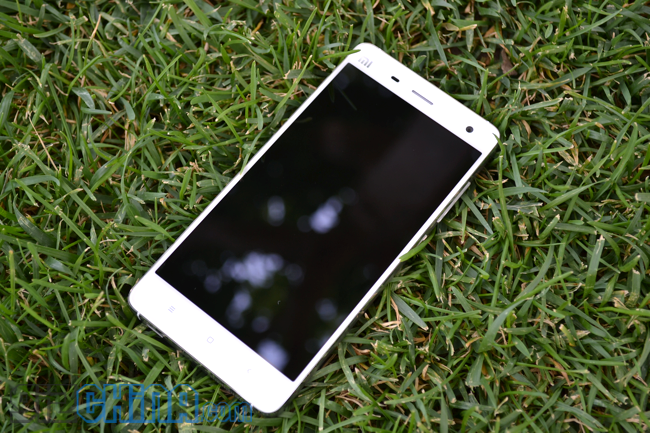 Xiaomi have never been designer looking devices and the same can be said for the Mi4. The body is purposeful instead of attractive. It is extremely well put together though, and the materials are as good as on a phone costing double or even triple that of the Mi4’s $320 starting price. 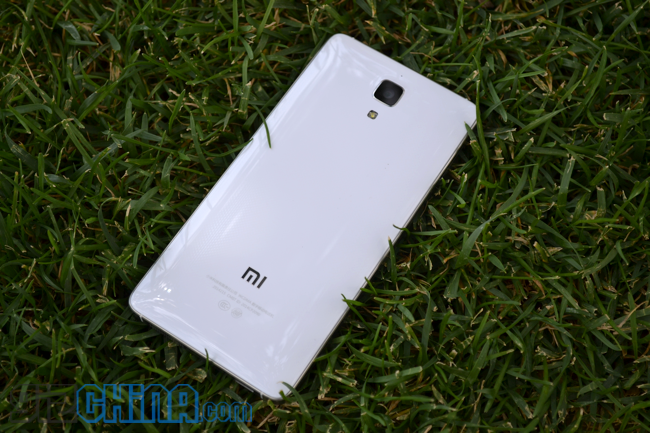 Many have commented on how the Mi4 looks alot like the iPhone, and it sort of does, but next to the Vivo Xshot the similarities are uncanny. It is almost like the smaller, fatter brother of the camera centric Vivo. 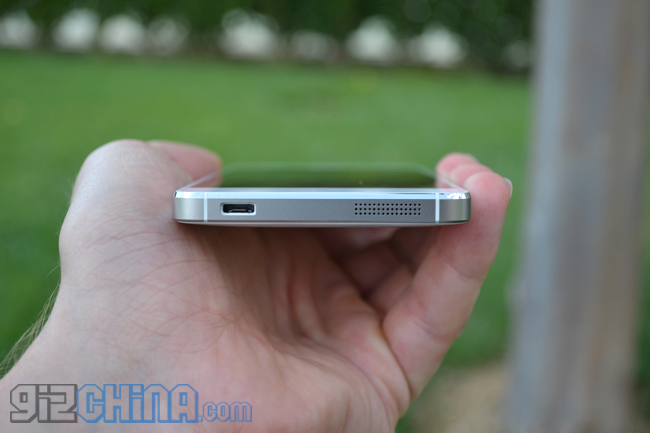 After using the most recent, Oppo, Vivo and OnePlus devices the new Xiaomi does feel rather thick in the hand, and that stainless steel adds a bit of heft to the phone too. The thickness of the phone isn’t wasted though as there is a 3080 mAh battery inside, but had they gone for a 5.2 or 5.5-inch display the same size battery could have gone in a thinner body without sacrificing screen on time.

I’ve yet to remove the rear panel, and I cannot wait for the wooden covers to launch as that could be the missing design touch the phone needs to really grab people’s attention.

Build and material choice wise, there isn’t anything between the Xiaomi Mi4 and other current Chinese flagships. So all good there!

Full testing of the phone is needed to see how the performance really is, but looking over the hardware and using the phone for the past day I can say for now it is as fast as anything else on the market. In fact the camera on the Mi4 is actually faster than most other phones and even gives the Meizu MX3 a run for its money (yes, the MX3 still has one of the fastest cameras on the market but the Mi4 has a larger aperture and more mega-pixels).  While I’m on the camera, there is a significant improvement here, but the auto-focus isn’t as good as it could be. Perphaps MIUI V6 will fix this?

MIUI on the Mi4 is version 5 and based on Android Kitkat. I do like MIUI for its functions etc, but the UI is looking a little old so I cannot wait to see what is in store on 16th August when the new system is launched.

Even if you don’t like MIUI you could always use another launcher if you wish. Nova launcher is great, however the Google Now Launcher is what I prefer but I cannot seem to get MIUI to allow me to change to Google’s launcher. I have the same issue with the Xiaomi Mi Pad too. No matter how I try I cannot get Google launcher to show up in the launcher settings. 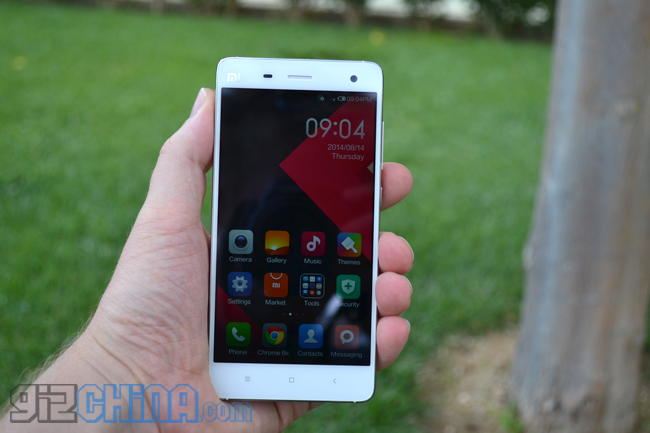 This first version of the Xiaomi Mi4 does not support LTE so I cannot test that. In fact I’ve had the phone such a short amount of time I haven’t had chance to test 3G, or the IR blaster, but WIFI has a very strong signal. Battery life, GPS and other details will have to wait until the full review.

As for now though the Mi4 is a great addition to the Xiaomi line up and a great flagship phone in its own right. The design, construction and hardware are equal to rival phones and the price is similar too. The choice of which you should buy now really comes down to just personal preference of the screen size and which ROM you prefer.