As you all know by now, MIUI V6 has been announced but is not scheduled for launch until October! Thankfully we don’t need to wait that long to get our hands on with the new ROM as the beta version has already been leaked!

Keeping a secret in the digital age is very very tricky, so it comes as no surprise that MIUI V6 has leaked to the public less than 2 days after being announced and a few months ahead of it’s official release date. The version which has leaked, and we are testing here, is not a final build of the ROM, so we have found a few bugs, it’s a little slow in places and there needs to be polishing here and there. Overall though the new UI is more refreshing and up to date, but the lack of new features is a worry.

Going from MIUI V5 to MIUI V6 isn’t a huge leap, and in fact I had first thought that the update hadn’t worked when I first set eyes on the new home screen. The flatter looking icons are only a little different from their past incarnations, only venturing in to the settings menus and the camera app do we see that things look new.

It’s clear that Xiaomi continue to take inspiration from Apple, and MIUI V6 looks a whole lot like iOS on the iPhone or iPad. The settings menu and especially the new camera application appear to have been taken straight out of an iPhone and slotted in to MIUI!

As far as innovation and new feature are concerned, I have yet to see anything. There are new icons, the animations are different and there are new backgrounds, but other than that I have found nothing to really impress me. MIUI V5 users are going to feel right at home straight away, but apart from the fresher look of the system, there is nothing to get to excited about.

Still this is a beta ROM and a final build will hopefully bring new features to the phone. Over the weeks I’ll also test out the cloud features mentioned during the launch and see how useful they are. For a better look at MIUI V6 watch the hands on video below: 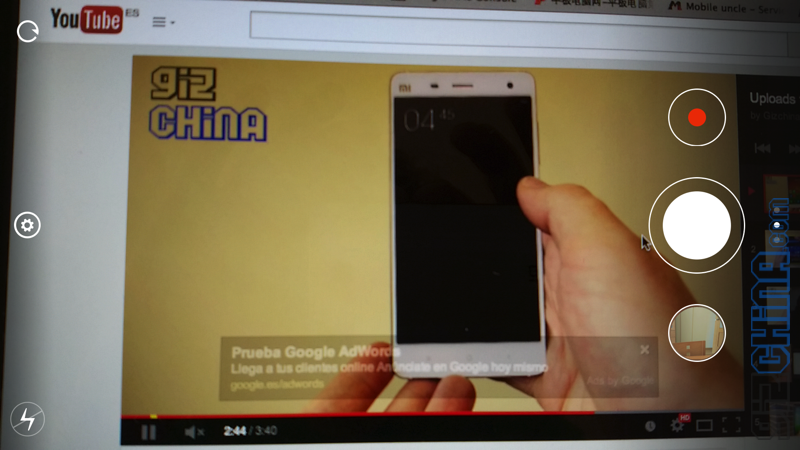 It’s great to finally see Xiaomi breath some new life in to the UI of the MIUI ROM, but its a shame that the designers have taken such a huge influence from Apple and iOS once again! Xiaomi are no longer a hungry start-up looking to make their way in the world, they are a global giant, with the resources to bring us something new!

Xiaomi phone users are going to like the fresh new look, but there really is nothing (in this beta) to get excited about.